Over the weekend I received the following question, which I’ll attempt to answer below…

I was wondering your opinion on the subject of animal rights vs. the rights of indigenous people. What do you think about hunting by Native American tribes, or the hunting of seals by the Inuit? Also, of course, the various other tribes around the world that have their culture based off of hunting. What do you think about their participation in hunting, trapping, etc?

Hmmm, one of those questions…one of those I-wouldn’t-touch-that-with-a-ten-foot-pole kind of questions. Do I risk being called a hypocrite, or “culturally elite?” I could spend all day tip-toeing around this—tap-dancing on egg shells—but here’s an answer just off the top of my head:

My objection to hunting, trapping and seal clubbing is colorblind as well as culture-blind. I oppose cruelty to animals, no matter who is doing the shooting, trapping or clubbing. A victim doesn’t suffer any less because of the ethnicity or cultural beliefs of their executioner. An animal’s right to a life, free from harm, trumps anyone’s right to exploit or kill them (unless someone is literally starving to death and has no other options, which is not the case for most who hunt, trap, club seals, harpoon whales or trade in bushmeat).

Why oppose the Japanese or the Faeroese for slaughtering dolphins or pilot whales and not the Makah for killing grey whales, or even the Inuit for hunting bowhead whales? We’re all part of the species, Homo sapiens, and our ancestors all used to live by hunting and trapping. For better or worse, we’re all moving forward technologically, so there’s no reason we shouldn’t all move forward in our treatment of non-human animals.

That’s my humble opinion, anyway. It might not be popular, but it’s ethically consistent. 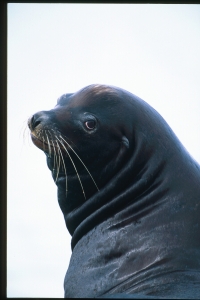