In agreeing with President Obama’s plan to strike Syria, Representative Nancy Pelosi was quoted as saying we must respond to actions “outside the circle of civilized human behavior.” Nice to hear that the U.S. Government thinks it has the moral authority to respond to such actions. While they’re at it, I can think of a whole lot of other actions which should be considered “outside the circle of civilized human behavior” that are desperately in need of responding to.

I’m referring, of course, to the innumerable abuses of non-human animals by humans—many that go on every day right here in the U.S. of A. I’m afraid if I were to try to list all the instances of human mistreatment of other animals which should fall outside the “circle of civilized human behavior,” the pages would fill the halls of justice, spill out onto the streets and overflow the banks of Potomac River in an unending tsunami of savagery.

Wolf Hunting—No sooner did grey wolves begin to make a comeback in the Lower 48 than did the feds jerk the rug out from under them by lifting their endangered species protections and casting their fate into the clutches of hostile states. Now, hunters in Wyoming have a year-round season on them while anti-wolf fanatics in Montana have quadrupled their per person yearly kill quota.

Trapping—Only the creepiest arachnid would leave a victim suffering and struggling for days until it suits them to come along for the “harvest.” Yet “law abiding trappers” routinely leave highly sentient, social animals clamped by the foot and chained to a log to endlessly await their fate.

Hound-Hunting—“Sportsmen” not content to shoot unsuspecting prey from a distance of a hundred yards or more sometimes use hounds to make their blood-sport even more outrageously one-sided.

Bowhunting—Those who want to add a bit of challenge to their unnecessary kill-fest like to try their luck at archery. Though they often go home empty-handed, they can always boast about the “ones that got away”… with arrows painfully stuck in them.

Contest Hunts—Prairie dogs, coyotes, and in Canada, wolves, are among the noble, intelligent animals that ignoble dimwits are allowed to massacre during bloody tournaments reminiscent of the bestial Roman Games.

Horse Slaughter—After all that our equine friends have done for us over the centuries, the administration sees fit to send them in cattle trucks to those nightmarish death-camps where so many other forcibly domesticated herbivores meet their tragic ends.

Factory farming—Whether cows, sheep, pigs, chickens or turkeys, the conditions animals are forced to withstand on modern day factory farms fall well outside even the narrowest circle of civilized human compassion. To call their situations overcrowded, inhumane or unnatural does not do justice to the fiendish cruelty that farmed animals endure each and every day of their lives.

Atrocious conditions are not confined to this continent. Chickens in China (the ancestral home of some new strain of bird flu just about every other week) are treated worse than inanimate objects. Bears, rhinoceros and any other animal whose body parts are said to have properties that will harden the wieners of hard-hearted humans are hunted like there’s no tomorrow. And let’s not forget the South Korean dog and cat slaughter, or Japan’s annual dolphin round up…

Far be it from me to belittle the use of chemical weapons—my Grandfather received a purple heart after the Germans dropped mustard gas on his foxhole during World War One. I just feel that if we’re considering responding to actions “outside the circle of civilized human behavior,” we might want to strike a few targets closer to home as well. Or better yet, reign in some of our own ill-behaviors so we can justifiably call ourselves “civilized.” 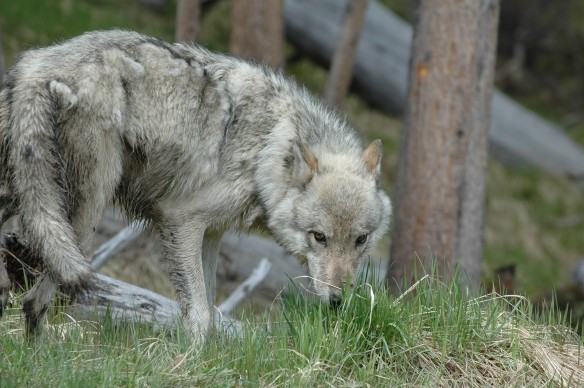 9 thoughts on “And We Call Ourselves Civilized?”