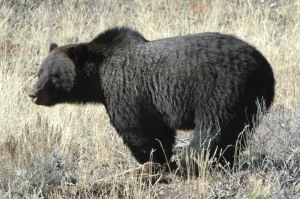 caught in a steel leg-hold wolf trap near the Rocky Mountain Front west of Dupuyer.

Fish, Wildlife and Parks grizzly bear management specialist Mike Madel says two men were checking wolf traps Tuesday afternoon when they discovered the bear with its foot in the trap. The bear had pulled the trap out of the ground, but the trap became entangled in a tree and some brush.

The trapper reported the accidental capture to state wildlife officials, who immobilized the 473-bear with a dart gun and removed the trap. Madel planned to relocate the bear, which was not seriously injured other than swelling of the toe joints.