“… We can only pray to God that their hunting guns backfire in their faces.”

Once again, Morrissey has written a letter about the Royal Family, once again focusing on their hunting habits. Appropriately titled “The story is old, I know, but it goes on”, he criticizes Prince William’s speech about protecting endangered species, as it came one day before he went hunting in Spain with Prince Harry. “We can only pray to God that their hunting guns backfire in their faces,” writes Morrissey. Read the entire thing here:…

One day prior to giving a public plea on behalf of animal welfare (!), Prince William is to be found in Spain (with Prince Harry) shooting and killing as many deer and boar as they possibly can! Although William’s speech (no doubt written by his publicity aides at Clarence House) will concentrate on endangered species, William is too thickwit to realize that animals such as tigers and rhino are only driven to near extinction because people who are precisely like himself and his brother have shot them off the map – all in the name of sport and slaughter. Whenever you shoot an animal in the head the outcome is usually the same: death. Just why William kills innocent and defenseless deer does not matter – the fact is, he does it, and we must go on and on asking why any form of violence is acceptable to the British establishment. It is easy for privileged people to assume jealousy to be the reason why anyone would wish to condemn them, but the British Boil Family never fails to be a colossal embarrassment to the United Kingdom. The Spanish trip is more than likely unwillingly funded by the British taxpayer, and we know very well that the British press is duty-bound to always defend and cleanse the bad behavior of the Boil Family – no matter how abysmal and hypocritical their actions. But the rationalists amongst us – who are never allowed to speak, are intelligent enough to realize that endangered species are dying out only because of people like William and Harry, and, for this we can only pray to God that their hunting guns backfire in their faces. 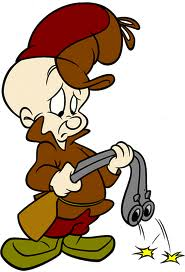