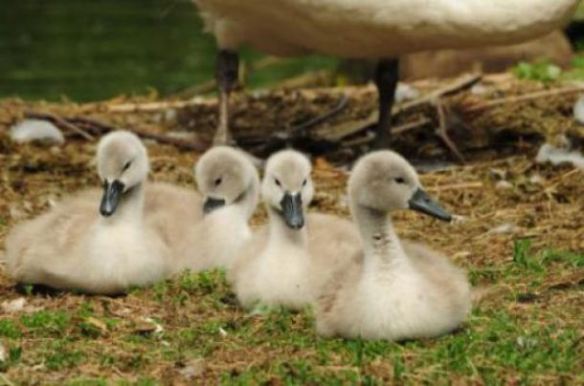 Efforts to Obtain Support for a Tundra Swan Hunt Fail!

“I guess these gutless wonder hunters have to prove their manhood in another way by shooting some other target that can’t shoot back.” — Ken Grzesiak, Wis.

Wildlife populations across the planet have plummeted a staggering 35 percent in the past 35 years!!It is a trajectory that has senior scientists warning us that earth is at a tipping point of ecosystem collapse and sudden, irreversible, potentially catastrophic changes (are) looming.(For more information, go to: http://www.mysterium.com/extinction.html).

Species that depend on other species as prey are deprived of sustenance by hunters, trappers and hounders displacing and killing a wide variety of species for recreation, trophy and profit. There is nothing scientific about “seasons” or killing as wildlife management techniques. It is just what a minority, who wield political power, like to do.

When the Wisconsin Legislature permitted hounding…