Yesterday we came across a river otter who crossed the road about 30 yards in front of us and disappeared into our pond. No cars were around so he needn’t have been in a hurry, but still he was very business-like, loping purposefully from one waterway to the next. He didn’t stop and give us any extra time to appreciate his company, and clearly—though we meant him no harm and regarded him with respect—he didn’t seem to appreciate ours.

Similarly, on today’s walk along a road through the neighboring wetlands, a large flock of ducks took flight, putting as much distance between us and them as possible, as quickly as possible.

Meanwhile, several pairs of Canada geese kept a wary eye on us as they

honked their warning calls and ambled reluctantly behind the cover of some cattails and tall grass. We spoke reassuringly to them, explaining that we didn’t intend to hurt them, but our mere presence was disruptive. Unfortunately wildlife tends to judge all people based on human nature in general.

Although fewer folks nowadays are out to kill everything they see, destructive behavior has been a hallmark of human nature since the genus Homo first set foot on the face of the Earth. Other traits representative of the species seem to be an over-bearing sense of entitlement (as in “it’s all here for us”) and a narcissistic arrogance that empowers them to see themselves as supreme among all other beings, whom they objectify as resources put here for them by some anthropomorphic deity for their benefit to exploit as they see fit. 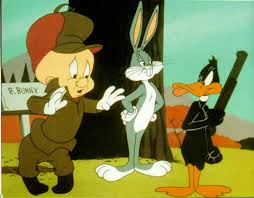 of your association, no matter how distant, with the average gun-toting Elmer, when all you want to do is be friends.