There’s a difference between hate and disdain. It may be subtle, but not imperceptible. The word “hate” conjures up images of one wanting to see someone or something die a slow, painful death; but you can disdain something and simply want it to go away and leave others alone.

After learning of the works of the late natural history author John A. Livingston through a comment from reader Rosemary Lowe to my 2013 blog post entitled, “The Roots of My Misanthropy,” I finally found a used copy of the out of print book, One Cosmic Instant: Man’s Fleeting Supremacy.

From the opening pages, I was taken aback by how much Livingston’s attitude towards mankind reflected my own. Here’s a quote from one of his chapters on evolution:

“To regard the present condition—a monoculture of one dominant species of large mammal—as the inevitable result of a ‘master plan’ is to reveal ignorance and insensitivity. Like other hyper-specializations, the arrogant human brain will eventually be dealt with.”

In some circles, Livingston might be regarded as a touch misanthropic (or worse), but it’s clear to me that his disdain for humanity stems from a deep love for non-human nature. The problem with people pigeonholing essential words like misanthropy is they tend to oversimplify it as an unfounded hate, rather than a justifiable disdain.

In my earlier post, “The Roots of My Misanthropy,” (one of several on the subject) I stated:

“My misanthropy is not aimed at individuals per se, but at an entire misguided species of animal with an arrogance so all-consuming that it views itself as separate—and above—the rest of the animal kingdom.”

(While at the same time destroying habitats, sparking a mass extinction and changing the very climate that once made this a wondrous planet—ultimately to render it uninhabitable.)

“It’s not like humans can’t afford a little resentment once in a while, there are entire religions built specifically on the worship of mankind and its father figure—the maker made in the image of man. But sometimes someone needs to step back and see this species in perspective…

“Ever since hominids first climbed down out of the trees and started clubbing their fellow animals, humanoids have been on a mission to claim the planet as their own. No other species could ever live up to man’s over-inflated self-image; therefore they became meat. Or, if not meat, a servant or slave in one way or another.  If their flesh isn’t considered tasty, they’re put to use as beasts of burden, held captive for amusement, or as literal guinea pigs to test drugs and torturous procedures for the perpetual prolongation of human life. Those who don’t prove themselves useful are deemed ‘pests’ and slated for eradication.”

And on this same topic, guest-blogger for “Those Vegan Hedonists: A Veganism, Spirituality, and Philosophy Blog,” Kimberly Steele wrote, “If there is an afterlife for me, it will be the ecstasy for a brief second before my brain dies of never having to come back to our doomed planet or our stupid race; an instant of knowing I loved my fellow animals and lived every day like I meant it.”

To further prove that I’m not just a hateful curmudgeon, here’s what I blogged on August 14, 2014 in a post entitled,  “Save the Earth, Pray for a Pandemic”:

“I don’t mean to sound like some hateful misanthrope who wants to see humanity suffer for all its crimes against the environment. Rather, my misanthropy stems from a profound love of nature and a will to save non-humans from the cruelty and exploitation they’re routinely subjected to by the one species fully capable of causing a mass extinction. Indeed, the species Homo sapiens is currently in the process of putting an end to the most biologically diverse period the Earth has ever known—the Age of Mammals, a class which the human race must reluctantly finds itself included in.

“Being nothing more than mere mammals themselves, humans are ultimately at the mercy of Mother Nature’s self-preserving tactics. And what better way to reign in an errant child than with a major global pandemic that takes down only humans? Let’s face it; humans are never going to reverse the ill-effects of climate change willingly. Oh, world leaders sometimes give it lip service, but they almost never mention the parallel scourge of overpopulation. It seems it’s hard to be “green” and keep 7,185,322,300 (as of this writing) people fed, clothed, sheltered and transported in the manner they’re currently accustomed to.

“If people want to come out of this alive, they’re going to have to make some serious lifestyle changes. That means no more oil-dependent cars, trains, jet airplanes, no more Walmarts full of plastic trinkets built with coal power in Chinese factories, then sent overseas in gargantuan container ships. No offshore oil wells, no fracking, no tar sands pipelines; no freeways, no commuter traffic, no immensely-popular sporting events selling factory-farmed hot dogs by the billions. No people by the billions, for that matter. No more breeding until humans have figured out how to live alongside the rest of the Earth’s inhabitants without wiping them out or making slaves out of them.

“No more! Starting right now! No false-starts or baby steps. Time to change or be changed!

“It’s not just the politicians who lack the will to do what it will take to soften the blow of climate change. But while humans debate their role in causing relatively dependable weather systems to go topsy-turvy worldwide, Nature is poised to unleash a pandemic or two from her bag of tricks and take care of the human problem herself. I’m not talking about Ebola, that’s too slow and nasty.

“When Nature gets serious, I’m hoping it’ll be quick and painless for all.  By the time humans know what hit ‘em, there’ll be no one left to test the experimental vaccine on the animals, who’ll be too busy inheriting the Earth anyway.”

Hate or disdain, who but an optimist could see the upside of a major pandemic after all? 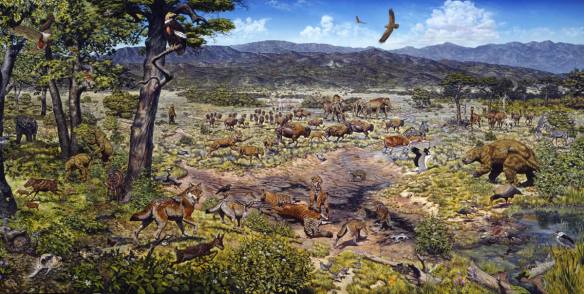 15 thoughts on “In Defense of Our Misanthropy”