Climate scientists have been warning us of the tipping point issue and that we can’t see them coming but we do see them in the rear view mirror. 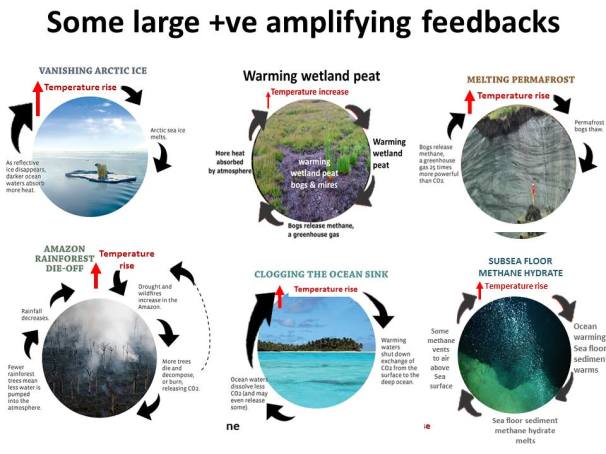 Remembering that there is a 10 to 20 year lag in the cause and effect between when we emit carbon and when we see the effects.

This blogger believes we have crossed sufficient tipping points for us to now be in Runaway Global Warming.

The Collapse of Industrial civilisation is imminent:  “China manufactured more cement from 2010-13 than the US had produced over the entire 20th century. It could not last and so it is proving.”  All this is allowed by the owners and controllers of capital without any consideration being given to the collapse of our biosphere, which is progressing contemporaneously.
———- ———-

Excellent Guardian article here: The World Economic Order is Collapsing and This Time There…

1 thought on “Human Extinction By 2030 ? -The Crisis of Civilization!”