from DawnWatch: This Sunday, October 9, the Magazine section of the New York Times is dubbed “The Food Issue.” It includes some terrific articles, including a piece by Michael Pollan, and a haunting photo-essay on big ag. Best of all it includes a piece, by Ted Genoways, on the undercover work of a
“Compassion Over Killing” investigator.

The article on the COK investigator, titled, “Close to the Bone,” and titled online “The Fight Over Transparency in the Meat Industry,” first tells us how little consumers know about the meat they eat. We read that the Department of Agriculture no longer oversees and verifies claims such as
“grass-fed” or “naturally raised,” and that even when the department certifies labels they are questionable, with no standard definition for “humanely raised,” and no site visits to confirm enforcement for those approved to use the label.

Genoways writes:
“Amid such dwindling transparency and oversight, animal rights activists, once regarded as the radical fringe, have taken on a somewhat unlikely role as consumer watchdogs.” He follows an investigator named Jay who get a job at a pig slaughterhouse near Austin. We read:

“He filmed a hog being hit in the face with plastic rattle paddles and electrically prodded on the head. He filmed another hog being repeatedly beaten then rolled and pushed by its hindquarters. He filmed hogs having their throats slit while still alive and — in one particularly harrowing sequence — appeared to capture a hog struggling to right itself in its shackle as it is carried toward processing. A spokesman for Q.P.P. said all the hogs ‘had been properly rendered insensible,’ but the video itself seems to contradict that claim. At one point, a worker shouts over the din of machinery and squealing pigs: ‘Too many sensibles. If U.S.D.A. is around, they could shut us down.'”

The article explains that because of a new kind of self-regulation, known as HIMP, the USDA was unlikely to be around.”

You’ll find the full piece on line at http://tinyurl.com/hansj7j

Michael Pollan’s article is titled, “Big Food Strikes Back.” The subheading is, “When Barack Obama took office activists hoped his administration would fight for stronger regulation of corporate agriculture. Eight years later they are still waiting.”

Pollan shares part of an early interview given by President Obama to Joel Klein of Time Magazine:

“I was just reading an article in The New York Times by Michael Pollan about food and the fact that our entire agricultural system is built on cheap oil. As a consequence, our agriculture sector actually is contributing more greenhouse gases than our transportation sector. And in the meantime, it’s creating monocultures that are vulnerable to national security threats, are now vulnerable to sky-high food prices or crashes in food prices, huge swings in commodity prices, and are partly responsible for the explosion in our health care costs because they’re contributing to Type 2 diabetes, stroke and heart disease, obesity.”

He reminds us that on the campaign trail Obama vowed “to bring CAFOs under the authority of the federal Clean Air and Clean Water Acts and Superfund program ‘just as any other polluter.’”

What follows is a fascinating study on the power of Big Ag. You’ll find it on line at http://tinyurl.com/hz3mr5v 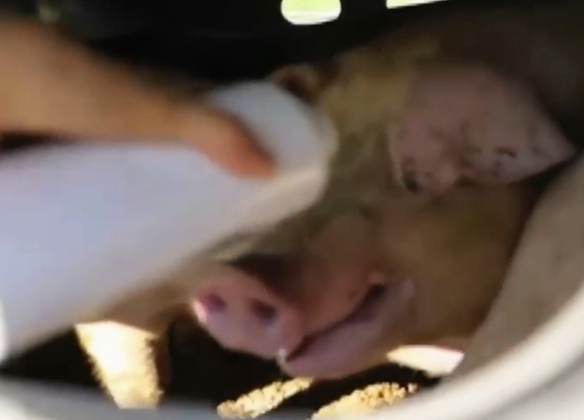 1 thought on “Big Food Strikes Back”