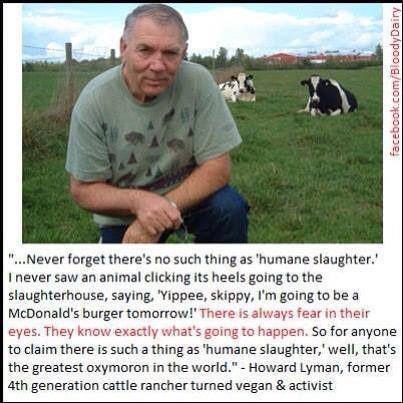 ANNIE MOND·SATURDAY, SEPTEMBER 24, 2016
photo is of a cow that died from poor grazing management on public lands © Katie Fite (this new note is a redo of a note originally published on February 23, 2011, therefore some statistics & names may be slightly different but the big picture HAS NOT CHANGED https://www.facebook.com/notes/annie-mond/corporate-cowboys-hold-most-federal-grazing-permits-stop-the-genocide-of-our-wil/10150099278658149) Please think about this …..let it sink in deeply: The cattle grazing on public land only contribute to approximately 3% of the American food supply. So essentially, we the taxpayers are subsidizing their presence in order to preserve the “way of life” for these cattle ranchers. This has little to do with providing food for the American diet. Two percent — or about 500 permittees — run their cattle on about half of all BLM grazing lands. “This includes four billionaires, several oil companies and other wealthy interests. Further, less than 3 percent of the nation’s beef … is produced by public lands ranching,” according to research gathered by the Natural Resources Defense Council and endorsed by a total of 34 groups and individuals. These corporate cowboys, as well as those ranchers who are private individuals, receive an estimated $500 million annually in government subsidies.” and…”while there very well may be public lands ranchers named Buck or Gus or Red, those who own the most land are called, Hewlett-Packard, JR Simplot Co., Union Oil, Texaco, and Anheuser-Busch”…. and the Koch Brothers. (see first comment below this Note) http://www.times.org/archives/1999/cows5.htm

) ******************************************************* These ventures for them are for the purpose of TAX WRITE-OFFS, because they aren’t making money at this. When you realize that the past Secretary of the Interior was Ken Salazar, cattle rancher and oil man, and the present Secretary of the Interior is Sally Jewel, who worked for Mobil oil company on oil fields in Oklahoma from 1978 through 1981, a very unpretty picture becomes all too clear. and here is an even deeper look at this from the brilliant Christine A. Jubic (R.I.P. beloved Christine), who provided a link (at end of her summary): “The REAL truth is that they NEED to hold onto the PERMITS – the cows are only of secondary importance…the VALUE is in holding the permit as it gives them a VESTED interest in the land. Most of these cows aren’t even OWNED by the Welfare ranchers because they RENT their allotments out to OTHERS and do so at a PROFIT! The permits are as good as gold these days and are being traded like commodies on the stock markets…bankers are even holding them as colladeral on loans,…sooooooo, in this way ~~ THE BANKERS now have a VESTED interest in the lands through their “ownership” of the permits!” To get into this more deeply, read this: Ranchers Using Grazing Permits As Collateral http://www.wildearthguardians.org/site/News2?page=NewsArticle&id=5406

THINK ABOUT IT. Please get involved in the efforts to stop the genocide of our wild horses and burros, which is happening primarily to serve the purposes of corporations…also including corporations drilling for natural gas, drilling for oil, transportiing natural gas, and various sorts of mining for minerals all over the western states. These corporations are being allowed to RAPE OUR LAND for their own purposes, and they DON’T CARE ABOUT HUMANS EITHER. The corporations and the people who run them are NOT altruists, they are not doing it on behalf of the national welfare except in terms of how it might increase their own profits, and allow them to maintain their lavish and selfish lifestyles. They care only about themselves and their rich friends, and we let them do this, and we ENABLE THEM to do this. ******************************************************** “Livestock grazing is the most destructive and widespread practice on public lands and is responsible for the extinction and imperilment of numerous species across the west.”

Here is some more info on ranchers mortgaging our public lands ~ in podcast form by Mike Hudak, author of Western Turf Wars http://mikehudak.com/Articles/MikeHudak_Podcast090115.html

The Government Accountability Office (GAO) released a report on Jul 7, 2016, detailing the extent to which the United States Forest Service (USFS) and the Bureau of Land Management (BLM) have failed to follow agency regulations in documenting and penalizing unauthorized or trespass livestock grazing on federal public lands. The report, entitled Unauthorized Grazing: Actions Needed to Improve Tracking and Deterrence Efforts, was requested by Rep. Raul Grijalva (D-AZ), Ranking Member of the House Natural Resources Committee. The request came in response to several high profile cases of trespass grazing and a recognition of the devastating ecological impacts it can have on wildlife habitat. BE OUTRAGED: The report came to several important conclusions: Trespass grazing is pervasive and causes widespread degradation of public lands, can have devastating ecological impacts on wildlife habitat, agencies do not document it adequately, and the Forest Service trespass fees are too low to be a deterrent. BE OUTRAGED: Average private grazing land lease rates in western states ranged from $9 to $39, so what this means is that public lands livestock grazing is heavily subsidized by American taxpayers. In 2016, BLM and the Forest Service charged ranchers $2.11 per animal unit month for horses and cattle, and $0.42 for sheep and goats. ************* Here is a blog by R.T. Fitch which further discusses this report and situation Here is the GAO report released on Jul 7, 2016 Surprise, Surprise: BLM and USFS Fail to Identify, Track, Penalize or Deter Unauthorized Welfare Livestock Grazing on Public Lands https://rtfitchauthor.com/2016/07/19/surprise-surprise-blm-and-usfs-fail-to-identify-track-penalize-or-deter-unauthorized-welfare-livestock-grazing-on-public-lands/

*********************** In a separate press release about the GAO report released on July 7, 2016, Grijalva stated, “We know we’re leasing public land at well below market value. What we don’t know nearly enough about is the extent or impact of unauthorized grazing on public lands. The Forest Service and Bureau of Land Management need to bring grazing fees in line with the modern economy and take illegal use of public lands more seriously going forward.” http://democrats-naturalresources.house.gov/media/press-releases/gao-taxpayers-heavily-subsidizing-ranching-on-public-lands-environmental-damage-unclear-due-to-poor-recordkeeping

In 1812, a young American nation faced the challenge of transforming wilderness to agricultural use and acquiring the revenue to pay its war debts. The GLO was established to handle the business associated with the sale of public lands for private ownership, transforming wilderness to agricultural use, and generating income for the Federal government. The GLO, in fact, became the “Gateway to Land Ownership” for millions of Americans. As the successor agency to the original GLO, the BLM, a bureau of the Department of the Interior, was established in 1946 with the merger of the Grazing Service and the GLO. http://www.blm.gov/es/st/en/prog/glo.html

11 thoughts on “Corporate Cowboys Hold Most Federal Grazing Permits ! STOP THE GENOCIDE OF OUR WILD HORSES and BURROS !”