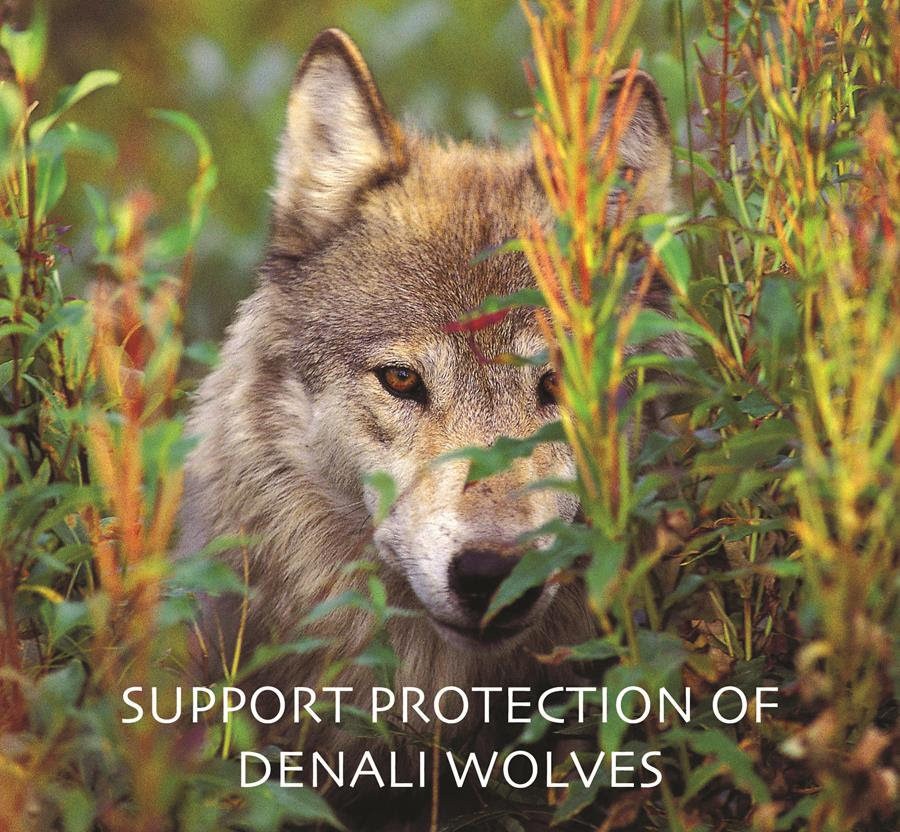 During their Region III meetings February 17-25 in Fairbanks, the Alaska Board of Game will take up Proposal 142, authored by Denali Citizens Council and the Alaska Wildlife Alliance. This proposal brings back to the Board the idea of precluding hunting and trapping of wolves on distinct areas of state land adjacent to Denali National Park and Preserve, game management units 20A and 20C. 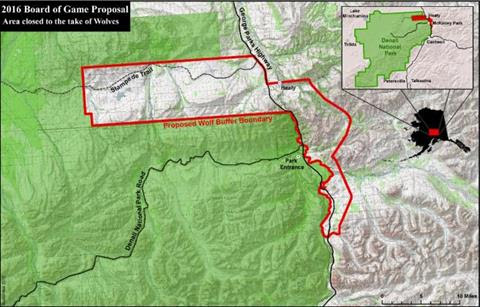 Proposal 142 is on the agenda at the Region III Alaska Board of Game meeting, scheduled for February 17-25, 2017. This is the first time since 2010 that a proposal supporting closed areas next to the national park will be heard by the Alaska Board of Game.

The Board previously approved no-take areas for wolves in these same locations in 2001 and 2002 when the Park wolf population was much higher than the record-low numbers that have persisted in recent years. While research has shown that hunting and trapping do have a real affect on the park’s wolf population, it is, of course, one of many factors that contribute to changes in population size.

We, the owners of Camp Denali and North Face Lodge, fully support Proposal 142. Whether or not increased protection from human predation will right away result in a higher wolf population in Denali and increased view-ability of park wolves is unknown. We do know, however, that the buffer zone will ease one of the known human-caused factors for wolves’ population decline. And we know that the experience of viewing wolves in the wild is a powerful and meaningful one for park visitors. It is an opportunity that ought to be in the best interest of all Alaskans.

Please consider sending your written comments—brief or lengthy—to the Alaska Board of Game for the Region III meeting before February 3, 2017. Identify your interest in the issue, your familiarity with Denali National Park, and your support for increased protection of wolves through the measures identified in Proposal 142.

HOW TO SEND A COMMENT
Click on the link below to visit the Board of Game Comment Page, where you can submit a short or long comment for the Region III meeting by February 3, 2017. Be sure you choose the Interior/Northeast Region meeting from the dropdown menu.

Below are some additional suggested talking points from Denali Citizens Council:

– Highlight the vulnerability of wolves to hunting and trapping when they cross the park boundary onto state land.

– Identify the international importance of Denali’s wolves to tourism and science.

– Identify the importance of intact, diverse animal populations to the regional and state economy. Of greater benefit to the State of Alaska are the revenues from tourism to Denali National Park than the hunting and trapping licenses sold for the take of wolves on adjacent state lands.

– Remind the Alaska Board of Game that it is their responsibility and authority to conserve the wilderness and wildlife in this region.

– Include any relevant personal expertise or experience you have.