You might care about how the chicken you eat is raised and killed. What about the lobster? (iStockphoto)

An Australian seafood company was recently convicted of animal cruelty — for killing a lobster.

The legally actionable problem was not actually taking the life of the lobster. It’s that the lobster was killed in a way deemed to be unnecessarily — and illegally — brutal.

According to the Guardian’s description of what happened, workers at Nicholas Seafoods were seen by investigators “butchering and dismembering lobsters with a band saw, without adequately stunning or killing them.” The lobsters’ tails were cut from their bodies while the animals were still alive, in violation of local animal cruelty laws, and led to a conviction that may be the first of its kind in the world.

Depending on your perspective, this might both churn the stomach and raise confusing questions. Are you behaving monstrously if you boil a live lobster — a fairly common cooking method? Could you be found guilty of animal cruelty if so?

The answer to the second question is pretty straightforward: As things stand now, you are highly unlikely to be convicted of animal cruelty for behaving badly, even very badly, toward a lobster.

The Nicholas Seafoods killing took place in the Australian state of New South Wales — one of a few Australian jurisdictions to specifically include crustaceans sold for food, like lobsters, in its animal cruelty laws. The conviction was the first in that state, a local spokeswoman for the Royal Society of the Prevention of Cruelty to Animals said. The company was fined $1,500.

It’s not unheard of for some sea critters to have legal protections. Octopuses are “honorary vertebrates” under European Union law governing the treatment of animals used in scientific research. And some advocates say they would like to see more fish gain more protection — like the 806 people who recently signed an online petition asking to include lobsters in Britain’s animal cruelty laws.

[Many people remove their cats’ claws. One state may soon call that animal cruelty.]

But welfare laws for lobsters and their ilk are unusual. In the United States, neither fish nor crustaceans are covered under the federal Animal Welfare Act, and they are mostly exempt from state animal cruelty laws as well. (Occasionally, a cruelty charge has been brought under state law when a pet fish is killed in a brutal way.)

“A majority of state laws protect all animals, but there are typically exemptions for hunting and fishing activities,” said Ann Chynoweth, vice president of the Humane Society of the United States’s animal cruelty campaign. “Laws regarding slaughter do not cover fish — or chickens.” (They do cover cows and pigs.)

[How eggs became a victory for the animal welfare movement]

Why aren’t fish, crustaceans and chickens given these legal protections? It’s not because these creatures aren’t smart or don’t experience pain. There’s good evidence that they are and they do. Jonathan Balcombe, author of the book “What a Fish Knows: The Inner Lives of Our Underwater Cousins,” said he believes fish are sentient creatures with highly complex lives and societies.

“Their lives matter to them,” he said. “I’ve become firmly convinced they deserve equal moral consideration to all other vertebrates.”

Balcombe said the situation with crustaceans, as opposed to vertebrate fish, is “less clear.” But research has shown that crustaceans do “remember and learn from apparently painful events,” and that should bring them into our moral universe, he said.

“Sentience is the bedrock of ethics,” he said.

Regardless of the established science or the moral reasoning, the reason dogs and cows have more legal protection than lobsters seems primarily based on our cultural associations and practices. Dogs have the most protections because people adore them and think of them as members of the family. Fish and lobsters have been given practically none, because in general people do not — though every once in a while an especially old or pretty lobster captures our rapt attention and mercy.

“This exemplifies the paradoxes and inconsistencies we see in the treatment of animals,” said Hal Herzog, a psychology professor at Western Carolina University and author of “Some We Love, Some We Hate, Some We Eat.” 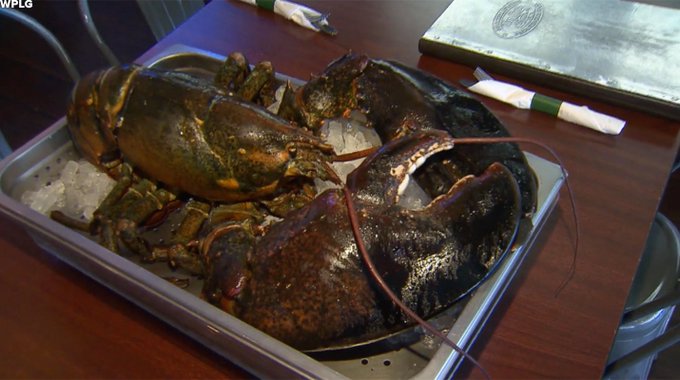 But according to Andrew Lurie, the Humane Society International’s senior attorney for international law and trade, even those species we love don’t get a whole lot of protection — here in the United States or elsewhere. Animal cruelty convictions in general “are rather rare worldwide,” he said.

On the other hand, consumers are beginning to demand that the animals who produce our food are kept and killed more humanely. It’s this consumer demand that, for example, is driving companies to vow to switch to eggs from cage-free hens. In November, Massachusetts voters approved a ballot measure banning the sale of eggs or meat from animals kept in tight confinement.

So is the Australian lobster case an oddball anomaly or a step toward a future in which more animals we eat get more protections, and when it might not be so strange for lobsters to be included in our moral and legal universe? Lurie said he is not sure. But the chief executive of the RSPCA in New South Wales said it sets a significant precedent.

“We hope this conviction will expand the circle of empathy and welfare to crustaceans and more animals that often do not evoke the same level of compassion as others,” Steve Coleman said. “With the scientific community proving lobsters feel pain, and the New South Wales legislation backing that up, we’re excited to see such progress in the space of animal welfare, and we hope that this case can be a guiding light for others.”

Still want to dine on lobster but minimize its suffering — not to mention your chances of being busted if you happen to be in Australia? The RSPCA Australia’s website recommends a few preferable methods for ending a lobster’s life. And no, boiling it alive is not one of them.

Stunning the lobster in an electrified bath is better, the organization says, as is chilling the lobster in a saltwater ice slurry, then “rapidly cutting through the center-line of the head, thorax (chest) and abdomen with a large, sharp knife” before the lobster regains its version of consciousness.

Or — just a friendly suggestion here — you could avoid all these questions and let the lobsters live.

To save their beloved red squirrels, Brits will monitor and kill invasive American ones

A revered sea turtle was offered coins as a blessing. She ate them all and nearly died.