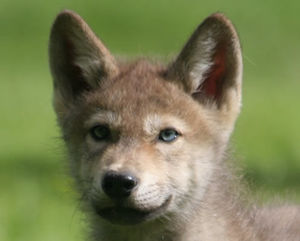 AIRDRIE, Alta. – An Alberta woman says she was shocked when she found a
coyote she thought she’d struck and killed on the highway stuck in the
grille of her car.

Georgie Knox was driving to work in Calgary from her home in Airdrie last
week when the animal darted in front of her vehicle.

She says she heard a “crunch” and thought she’d run the animal over and
killed it.

But when she stopped at a traffic light near Calgary’s Foothills Hospital, a
construction worker pointed out the young coyote was lodged in her grille
and alive.

They managed to remove the animal, found it had only suffered minor injuries
and released it in the foothills west of Calgary.

Knox told CTV she felt bad when she realized the coyote had been embedded in
her grille for almost 35 kilometres at highway speeds.

“I felt horrible when I realized I took him with me all the way from
Airdrie. I thought he must be suffering and was going to die, so I was very
upset.”

She was astounded at the outpouring of concern.

“It was amazing just to see all kinds of people come together to save this
pup’s life. The construction workers, 311 dispatchers, (Calgary Police
Service) and finally the Wildlife Enforcement Department.”

Her story has gone viral on Facebook. It’s been shared tens of thousands of
times.

Knox said her experience has sparked a discussion about whether people
should be stopping to check on a wild animal they have hit on a busy
highway.

3 thoughts on “Alberta: Coyote gets stuck in car’s grille after being hit on highway – released…”