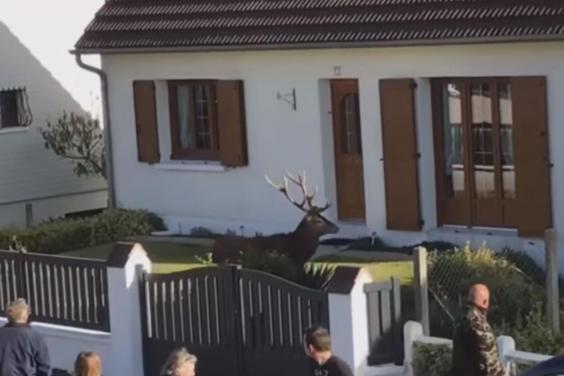 Despite humans’ best efforts to destroy her, it seems Nature is not going down without a fight. And regardless of what humans may believe about themselves and their place at the pinnacle, Nature is ultimately much bigger, heavier and vastly more significant in the so-called ‘scheme of things.’

Harassed by their bird-dog, a sow grizzly bears charges pheasant hunters (who, of course, shoot and kill her–leaving three cubs motherless); a ‘serial-killer’ elephant tramples 15 Indians (out of over a billion); and just yesterday a new article tells us a about a ‘hunter gored to death by a cornered deer.’

Could it all be part of a long-suffering and normally highly (even saintly) tolerant Mother Nature finally fighting back against her one fatal blunder–the fleshy, hairless, upright, arrogant apes armed with their weapons of mass extinction?

Homo sapiens may have won countless battles and the arms race hands-down, but Nature will ultimately win the day and eventually, the war, wiping the slate clean for another burst of evolutionary creativity that won’t include the conceited carnivorous primates or their puffed-up fantasies of self-importance.

4 thoughts on “Backed Into a Corner”