The bodies of the animals were abandoned, while a fifth elk was wounded and left alive 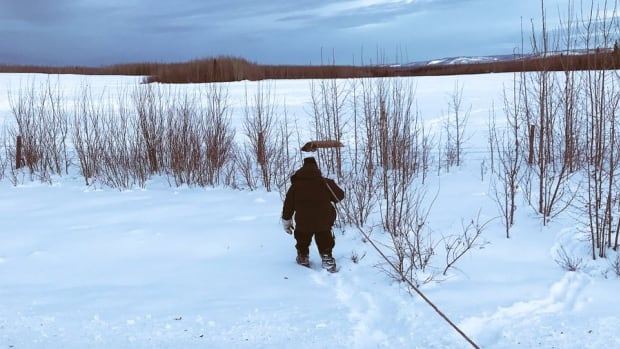 Conservation officers near Hudson’s Hope, in northeast B.C., are investigating after four elk were illegally killed by men shooting from a public road onto private property without permission. (Conservation Officer Service of British Columbia)

Four elk have been illegally shot and killed on private property without permission.

The bodies of the animals were abandoned, while a fifth elk was wounded and left alive.

A property owner in the area heard “a number of shots being discharged” at around 5:30 p.m. MST and went out to investigate, Lacey said.

The owner found a group of men shooting at the animals from the road and confronted them, at which point they got into their vehicles and left.

A limited-entry hunt for elk is currently occurring in the region, but Lacey said it’s not known if the men were licensed.

Even if they were, he said, their methodology was illegal.

“Evidence at the scene would indicated that the hunt occurred on a maintained roadway, which isn’t allowed,” Lacey explained.

Additionally, the elk were on privately-owned land, and the owner did not give permission for the men to hunt there.

Elk in the region, which belong to the subspecies Rocky Mountain elk, are not considered at risk, but Lacey said it is still problematic for them to be killed without permission.

“There’s a public safety concern for any firearms being discharged on a maintained roadway,” he said.

Lacey said the dead elk will be maintained for evidence and then, “if the carcasses remain suitable for human consumption, they’ll be utilized by a local food bank.”