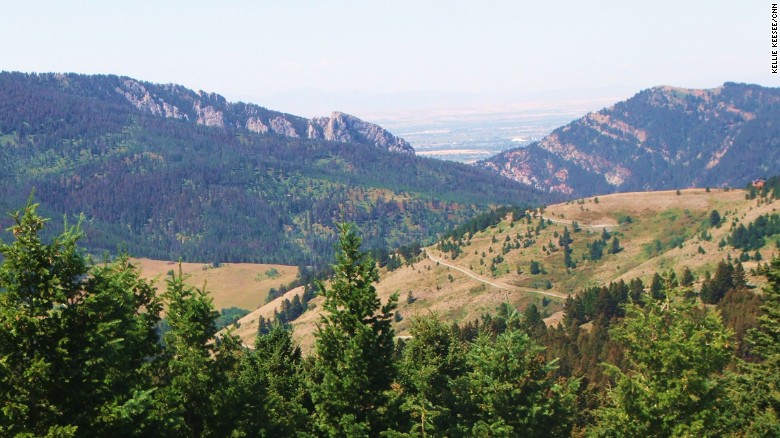 In what is being described as an “expansive” secretarial order, Zinke’s rule would ultimately allow broader access across the board to hunters and fishers on public lands managed by the Interior Department, according to the order.
A section of the order also amends the national monument management plan to include or expand hunting and fishing opportunities to the “extent practicable under the law.”
The order cites a 2007 executive order from President George W. Bush to “facilitate the expansion and enhancement of hunting opportunities and the management of game species and their habitat.” It directs agencies to to create a report and plan to streamline how best to enhance and expand access to hunting and fishing on public lands.
The Interior Department oversees national parks, wildlife refuges and other federal lands.
The secretarial order also aims to expand educational outreach for hunting and fishing to “under served” communities such as minorities and veterans as well as increase volunteer access to federal lands.
“Today’s secretarial order is the latest example of how the Trump administration is actively moving to support hunting and other forms of outdoor recreation on public lands,” Zinke said in a statement.
“Hunting and fishing is a cornerstone of the American tradition and hunters and fishers of America are the backbone of land and wildlife conservation,” he said.
Interior said Obama administration policies were too restrictive.
“Through management plans made under the previous administration, which did not appreciate access to hunting and target shooting like this administration does, access and usage has been restricted,” said Interior spokeswoman Heather Swift.
Zinke’s rule will not have to go through a formal rule-making process.
It is the second major action from Interior in the last few weeks.
In August, Zinke recommended shrinking the boundaries of a handful of national monuments, but stopped short of suggesting the elimination of any federal designations following a review ordered by President Donald Trump.
At Trump’s direction, Zinke earlier this year launched a review of 27 national monuments, a controversial move that could undo protections for millions of acres of federal lands, as well as limits on oil and gas or other energy production. Interior and the White House have so far resisted releasing the contents of Zinke’s full recommendations.
However some groups are arguing that the new order is a “stunt” by the department, aimed at moving the dialogue away from other recent controversial actions they’ve taken — including recommending the shrinking of national monuments and supporting increased fracking and logging.
“The real story is that, with this announcement, the Trump administration is trying to create a distraction from their plans to dramatically reduce the size of America’s national monuments, which would be the largest elimination of protections on wildlife habitat in US history,” said Matt Lee-Ashley, a senior fellow at the Center for American Progress, a left-leaning think tank.
He added that according to the Congressional Research Service, every national monument “that the Trump administration claims to be opening to hunting and recreational fishing is already open to hunting and recreational fishing.”
Drew McConville, a senior managing director at the Wilderness Society, called the order a “red herring.”
“This issue is … completely unnecessary, since national monuments are typically open to hunting and fishing already,” McConville said. “The Trump administration ‘review’ of places protected as national monuments is nothing more than an excuse to sell out America’s most treasured public lands for commercial gain by oil, gas and other extractive industries. This agenda inherently means a loss of access to premier places for hunting, fishing and other outdoor pastimes.”
https://www.cnn.com/2017/09/15/politics/interior-expand-hunting-access-on-public-lands/index.html