Vernon Marion had two hours to prepare to flee when he got the evacuation order to leave his home in Telegraph Creek, B.C., earlier this week as the Alkali Lake wildfire roared closer.

He ran outside, put some of his belongings in a field he thought would be safe from the fire, and tried to protect them with a tarp and water jugs.

What he couldn’t protect were his 30 horses.

“You don’t think properly when something like that’s happening,” he said.

“If you had to do it all over again you’d probably do it differently.” 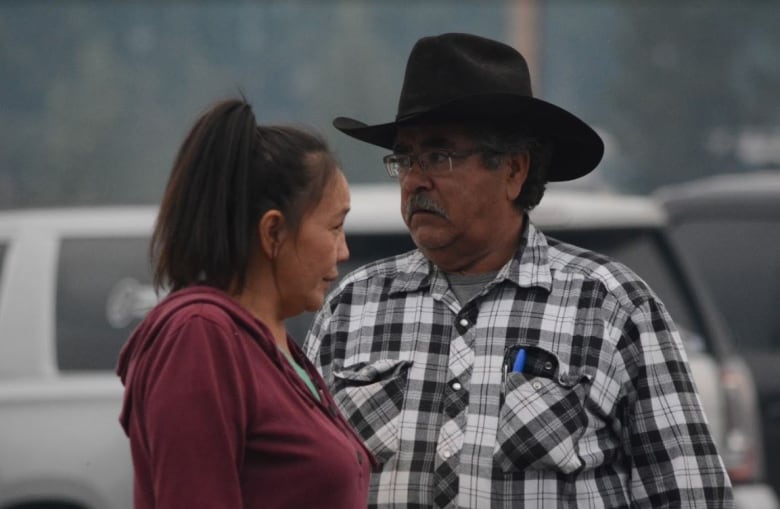 Vernon Marion of Telegraph Creek, B.C., is concerned about the 30 horses he had to leave behind when he was evacuated from his home as a wildfire approached. (Philippe Morin/CBC)

Neighbours and outfitters have offered to take horse trailers into the area to rescue the animals, but officials told Marion it’s too dangerous.

So now he has to wait and find out what is to become of his ranch and his horses.

“We’ll go down there if we get a break [Friday] and round them up.”

Yukon Minister of Tourism and member of the Tahltan First Nation Jeanie Dendys was in Telegraph Creek during the evacuation where she and her sister helped people get out of the community.

“Our chief is working non-stop which is what we did during those initial days,” she said.

“There’s so much work to be done, but people are safe and that was what our main focus was.”

Dendys said the Tahltan people are heartbroken over the devastation the wildfire has caused in their region, but she believes the strength of the community will help them overcome the loss.

“We’re resilient,” she said. “The unity that we have among our people will bring us through this.” 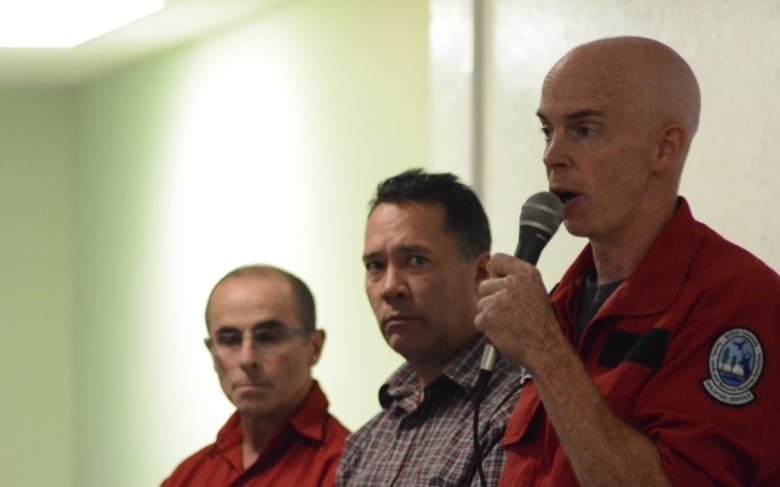 “The type of efforts that we’ve been putting forward will continue,” Murdoch said.

A cold front is expected to pass through the area in coming days, and crews are preparing for a potential increase in wind and shift in its direction.