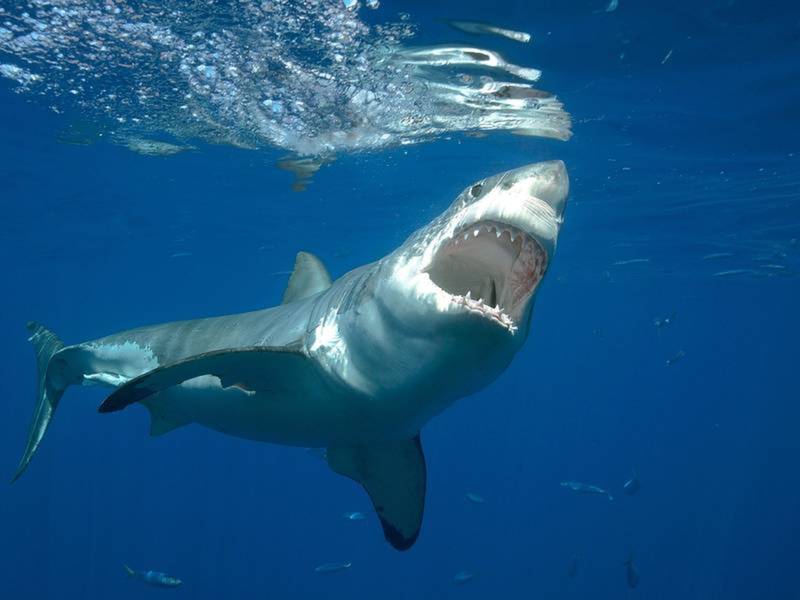 HARWICH, MA – Another thieving great white shark snatched a fisherman’s catch off the coast of Cape Cod Monday, just as he was about to bring the fish aboard the boat. In a video posted to the Magellan Deep Sea Fishing Charters Facebook page, the shark is seen grabbing the striped bass as others on the boat urge the man to hurry up and reel the fish in.

“We had a visitor on yesterday’s trip,” the company wrote on Facebook. “A 12-foot great white shark grabbed a striper – well, most of it – off the line.”

The theft happened near the Monomoy National Wildlife Refuge in Vineyard Sound. Atlantic White Shark Conservancy President Cynthia Wigren confirmed to the Boston Globe that the shark in the video was a great white.