Outspoken actors, James Woods, found out through email that his talent agent dropped him on the Fourth of July because he was feeling ‘patriotic.’

“Honestly some things are just obvious, so please stop selling this nonsense that killing innocent wildlife helps conserve the species. It’s just bull—-,” posted Woods, alongside a link to an article concerning Fischer and his vacation in Africa, during which he claimed to have killed “a whole family of baboons.” 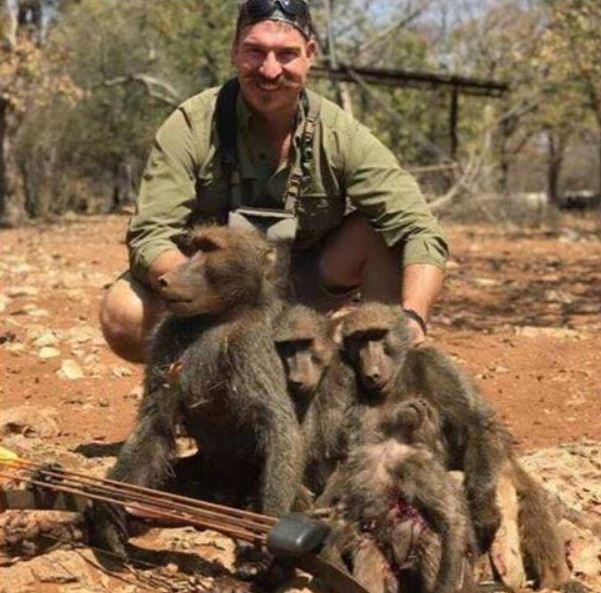 Woods also responded to critics on Twitter who defended conservationists, saying that he was specifically referring to the practice of trophy hunting.

“I eat hamburgers. Somebody does the killing. I’m not going to get holier-than-thou about hunters. If you’re a carnivore, then somebody has to do the killing. But killing for a “trophy” is absurd. What I’d really like to see is the licensed hunting of poachers,” he tweeted.

Final word: I eat hamburgers. Somebody does the killing. I’m not going to get holier-than-thou about hunters. If you’re a carnivore, then somebody has to do the killing. But killing for a “trophy” is absurd. What I’d really like to see is the licensed hunting of poachers.

Woods also called hunting exotic animals on regulated land “vile,” and suggested that sport hunters should hunt each other to create a more “level playing field.”

Hunting a giraffe, just standing there munching leaves, serves what purpose? If exotic species hunters are excited by the dangers and excitement, why not hunt each other? Seriously, they should pay to play paintball but with real weapons. Nothing like a level playing field.

Woods’ posts came days after news of Fischer’s trip to Africa came to light, along with photos of the animals Fischer and his wife had shot in Namibia, which included a leopard and giraffe, among others.

“First day [my wife] wanted to watch me, and ‘get a feel’ of Africa,” Fischer reportedly recounted in an email to over 100 friends and co-workers following his trip, according to a public records request from the Boise’s KBOI and The Idaho Statesman. “So I shot a whole family of baboons.”

Fischer, who resigned Monday following a request from Idaho Governor Butch Otter, had initially defended his actions, saying nothing he did was “illegal,” “unethical” or “immoral.” He also said he had paid a trophy fee to hunt certain species.

Still, his actions were met with criticism from former fish and game officials in Idaho who saw the email, with two calling for his resignation and another requesting an apology for what they called unsportsmanlike hunting practices — especially in regards to the family of baboons.

“I’m sure what you did was legal, however, legal does not make it right,” said Frank Trevey, a former Idaho fish and game warden, to Fischer after seeing the email.

Gov. Butch Otter had also reportedly asked for Fischer to resign earlier in the day, the Statesman reported, saying “every member of my administration is expected to exercise good judgment. Commissioner Fischer did not.”

Fischer apologized to Idaho’s hunters and anglers in a resignation letter obtained by the paper.

“I recently made some poor judgments that resulted in sharing photos of a hunt in which I did not display an appropriate level of sportsmanship and respect for the animals I harvested,” he said, in part.

Fischer was slated to serve a second term as a fish and game commissioner for Idaho, The Washington Post reported.