Knowingly creating a false impression of the world: this is a serious matter. It is more serious still when the BBC does it, and yet worse when the presenter is “the most trusted man in Britain”. But, as his latest interview with the Observer reveals, David Attenborough sticks to his line that fully representing environmental issues is a “turn-off”.

His new series, Dynasties, will mention the pressures affecting wildlife, but Attenborough makes it clear that it will play them down. To do otherwise, he suggests, would be “proselytising” and “alarmist”. His series will be “a great relief from the political landscape which otherwise dominates our thoughts”. In light of the astonishing rate of collapse of the animal populations he features, alongside most of the rest of the world’s living systems – and when broadcasting as a whole has disgracefully failed to represent such truths – I don’t think such escapism is appropriate or justifiable. 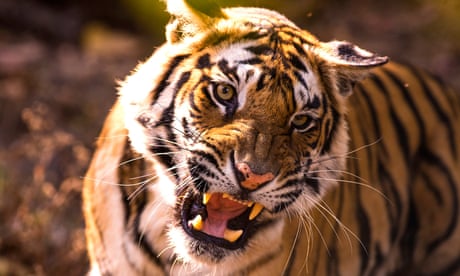 David Attenborough: too much alarmism on environment a turn-off

It is not proselytising or alarmist to tell us the raw truth about what is happening to the world, however much it might discomfit us. Nor do I believe that revealing the marvels of nature automatically translates into environmental action, as the executive producer of Dynasties claims. I’ve come to believe it can have the opposite effect.

For many years, wildlife film-making has presented a pristine living world. It has created an impression of security and abundance, even in places afflicted by cascading ecological collapse. The cameras reassure us that there are vast tracts of wilderness in which wildlife continues to thrive. They cultivate complacency, not action.

You cannot do such a thing passively. Wildlife film-makers I know tell me that the effort to portray what looks like an untouched ecosystem becomes harder every year. They have to choose their camera angles ever more carefully to exclude the evidence of destruction, travel further to find the Edens they depict. They know – and many feel deeply uncomfortable about it – that they are telling a false story, creating a fairytale world that persuades us all is well, in the midst of an existential crisis. While many people, thanks in large part to David Attenborough, are now quite well informed about wildlife, we remain astonishingly ignorant about what is happening to it.

What makes Attenborough’s comments particularly odd is that they come just a year after the final episode of his Blue Planet II series triggered a massive effort to reduce plastic pollution. Though the programme made a complete dog’s breakfast of the issue, the response demonstrated a vast public appetite for information about the environmental crisis, and an urgent desire to act on it.

Since 1985, when I worked in the department that has made most of his programmes, I have pressed the BBC to reveal environmental realities, often with dismal results. In 1995 I spent several months with a producer, developing a novel and imaginative proposal for an environmental series. The producer returned from his meeting with the channel controller in a state of shock. “He just looked at the title and asked ‘Is this environment?’ I said yes. He said, ‘I’ve spent two years trying to get environment off this fucking channel. Why the fuck are you bringing me environment?’”

I later discovered that this response was typical. The controllers weren’t indifferent. They were actively hostile. If you ask me whether the BBC or ExxonMobil has done more to frustrate environmental action in this country, I would say the BBC.

We all knew that only one person had the power to break this dam. For decades David Attenborough, a former channel controller widely seen as the living embodiment of the BBC, has been able to make any programme he wants. So where, we kept asking, was he? At last, in 2000, he presented an environmental series: State of the Planet.

It was an interesting and watchable series, but it left us with nowhere to go and nothing to do. Only in the last few seconds of the final episode was there a hint that structural forces might be at play: “Real success can only come if there’s a change in our societies, in our economics and in our politics.” But what change? What economics? What politics? He had given us no clues.

To make matters worse, it was sandwiched between further programmes of his about the wonders of nature, which created a strong impression of robust planetary health. He might have been describing two different worlds. Six years later he made another environmental series, The Truth About Climate Change. And this, in my view, was a total disaster.

It told us nothing about the driving forces behind climate breakdown. The only mention of fossil fuel companies was as part of the solution: “The people who extract fossil fuels like oil and gas have now come up with a way to put carbon dioxide back underground.” Apart from the general “we”, the only distinct force identified as responsible was the “1.3 billion Chinese”. That a large proportion of Chinese emissions are caused by manufacturing goods the west buys was not mentioned. The series immediately triggered a new form of climate denial: I was bombarded with people telling me there was no point in taking action in Britain because the Chinese were killing the planet.

If Attenborough’s environmentalism has a coherent theme, it is shifting the blame from powerful forces on to either society in general or the poor and weak. Sometimes it becomes pretty dark. In 2013 he told the Telegraph“What are all these famines in Ethiopia? What are they about? They’re about too many people for too little land … We say, get the United Nations to send them bags of flour. That’s barmy.”

There had not been a famine in Ethiopia for 28 years, and the last one was caused not by an absolute food shortage but by civil war and government policies. His suggestion that food relief is counter-productive suggests he has read nothing on the subject since Thomas Malthus’s essay in 1798. But, cruel and ignorant as these comments were, they were more or less cost-free. By contrast, you do not remain a national treasure by upsetting powerful vested interests: look at the flak the outspoken wildlife and environmental presenter Chris Packham attracts for standing up to the hunting lobby.

I have always been entranced by Attenborough’s wildlife programmes, but astonished by his consistent failure to mount a coherent, truthful and effective defence of the living world he loves. His revelation of the wonders of nature has been a great public service. But withholding the knowledge we need to defend it is, I believe, a grave disservice.

• George Monbiot is a Guardian columnist

… we have a small favour to ask. More people are reading The Guardian’s independent, investigative journalism than ever but advertising revenues across the media are falling fast. And unlike many news organisations, we haven’t put up a paywall – we want to keep our reporting as open as we can. So you can see why we need to ask for your help.

The Guardian is editorially independent, meaning we set our own agenda. Our journalism is free from commercial bias and not influenced by billionaire owners, politicians or shareholders. No one edits our editor. No one steers our opinion. This is important because it enables us to give a voice to the voiceless, challenge the powerful and hold them to account. It’s what makes us different to so many others in the media, at a time when factual, honest reporting is critical.

If everyone who reads our reporting, who likes it, helps to support it, our future would be much more secure. For as little as $1, you can support the Guardian – and it only takes a minute. Thank you.