This move is a response to lobbying by the Ontario Federation of Anglers and Hunters (OFAH), who must now abandon any pretense that hunting isn’t cruel and wasteful. 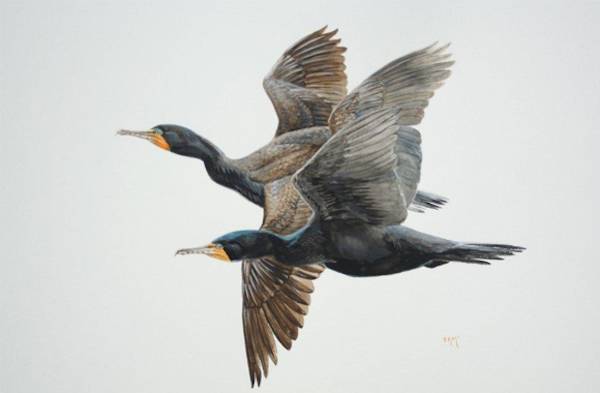 Ontario’s newly elected premier, Doug Ford, in many ways as Trumpian as the Donald himself, has just proposed what is, I believe, the worst single wild game management decision in Canadian history. Did I say “game”? “Gamey” barely describes the essentially inedible double-crested cormorant, a species that was twice nearly wiped out in Ontario, and is not “game” by any traditional definition. And yet, so it is to be called, except that for the first time since game laws came into being, it will be legal to leave the carcasses of birds who have been shot as “game” to rot. The bag limit is 50 per day with no limit to possession. The season will be from March 15, the start of the cornmorant nesting season, to December 31, when all but a few stragglers have migrated south.

Ford’s government is a majority (which is like having control of both the House and Senate in U.S. politics), so there can be no effective opposition, and Ford’s term is four years. I doubt he’ll be re-elected, but it will take further years to undo damage he’s doing in this and other similarly Draconian legislation. I hate to think what’s to come.

This move is a response to lobbying by the Ontario Federation of Anglers and Hunters (OFAH), who must now abandon any pretense that hunting isn’t cruel and wasteful. “Hunting” has to be redefined, literally, with the Fish and Wildlife Conservation Act being amended so hunters can allow the meat of “game” to spoil. The birds are easily shot and highly vulnerable. There is no “fair chase” or “sustainable use” involved. 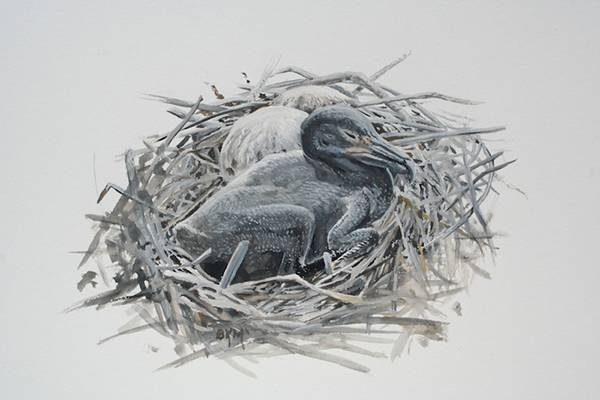 Cormorants nest in colonies of mixed bird species. Both parents need to tend the young, born naked. Would it not be deemed cruel to put a baby bird in the oven, turn the temperature to 90 or more Fahrenheit and leave it to die? That degree of abuse will be the fate of who knows how many hundreds, or thousands of baby cormorants, whose parents tend them with such great care – feeding them, shading them, warming them, and even bringing them water to cool them in the heat of the day.
Ford (brother to Toronto’s late crack-smoking Mayor Rob Ford) is not the sharpest knife in the drawer and probably bought into the much-debunked belief that fish consumed by cormorants would otherwise be available to commercial and sport fishing interests. A search of peer-reviewed scientific literature by ornithologists showed otherwise, but facts don’t matter to authoritarian right-wingers. Natural predation is usually “compensatory,” taking individual prey that would otherwise not survive, and only under exceptional circumstances is predation “additive,” meaning that it is above the number needed for the prey species numbers to continue. If this were not the case, all predators would wipe out their prey and go extinct. As The Department of Natural Resources for Minnesota puts it, compensatory mortality “…is common in all animal populations and this type of mortality [by cormorants] does not decrease fish populations.”

This is all too technical for Ford and OFAH, but even if they did understand such basic ecology, I doubt they would care. Numbers of hunters are in freefall decline, if “hunting” is defined in terms of science-based regulation, “fair chase” and utilization. The term has shifted to simply mean killing. The fact that cormorant guano, rich in nutriments, can kill off trees, plus the absurd belief that fish eaten by cormorants would otherwise wind up on hooks, in nets and creels, or glued to wooden plaques hung on walls, is all the excuses needed. With slob hunters now legitimized by Mr. Ford, watch, too, for killing of loons and other birds that dare to eat fish and are easily mistaken for cormorants.