The Idaho Department of Fish and Game is proposing to lengthen the wolf trapping season in areas of the Magic Valley Region where it is already allowed on public land and to initiate a trapping season on private land where no season currently exists, including in Units 48 and 49, which surround the Wood River Valley.

The pelt quality of furbearers is highest during winter. The quality of pelts from wolves harvested in October is likely to be poor. This feels like relaxing the constraints on legal harvest for the sole purpose of killing more wolves.

Extending the wolf trapping season to the end of March is alarming. Mating typically occurs between January and March. Gestation is 63 days. Trapping and killing an alpha breeding female in the last trimester of gestation or early lactation is barbaric. If she dies pregnant, whatever she is carrying dies with her; if she dies lactating, her pups will starve to death in short order. The legal wolf hunting season for 25 units across several regions begins on July 1 and ends on June 30. Is this the direction we’re headed for wolf trapping? 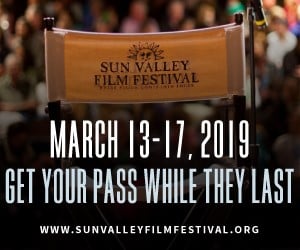 Restricting wolf trapping to private land will not eliminate the threat of injury to people, pets or livestock. There are thousands of acres of private land in wolf country in Blaine County that the public may and does legally access. Recreation in Blaine County is highly centered around outdoor recreation, including hiking with dogs.

I fear that the private-land-only aspect of the proposed wolf-trapping rule changes has the potential for insidious incremental dismantlement. Are we beginning on a path that is simply a redux of the “private land first, public land to follow” scenario observed in other Fish and Game regions? What assurances do Blaine County residents have that this “evolution” will not occur here?

Wolf traps are effective because of the bait used as an attractant. Wolves will likely be attracted from remote locations that include public land. The Sawtooth National Recreation Area abuts private land in the Wood River Valley and a portion of the Hemingway-Boulders Wilderness is in our backyard. Domesticated dogs will also likely be drawn to wolf traps on private land.

The Wood River Wolf Project, a collaborative consisting of sheep ranchers, federal and state agencies (including Fish and Game), wildlife advocates, wolf experts and Blaine County, employs nonlethal tools to prevent depredation by wolves on sheep and, as a consequence, to reduce or eliminate lethal control requests by operators who have incurred wolf depredation losses. Killing more wolves in Blaine County is not an outcome favored by most Blaine County residents.

The elk population in the game management units pertinent to Blaine County materially exceeds the high end of the target range. As a consequence, and to mitigate crop depredation losses and the associated costs to recompense farmers and ranchers, Fish and Game is pursuing significantly increased elk harvest in our area for the next several years while concurrently proposing to kill more wolves here. Why kill a native predator that kills elk if you want fewer elk? What about this makes any sense whatsoever?

There are fewer than 2,000 trappers active in Idaho. Only a fraction of those trap wolves. Many of those who do are compensated by outside parties in amounts greatly in excess of the value of the pelts. Fish and Game is one of those funding entities. Though these payments are characterized as “reimbursement” for expenses incurred, your state game management agency is paying bounties to trappers to kill wolves.

The proposed wolf trapping rules changes are confusing as to intent, are in conflict with the department’s elk management objectives, can only be viewed as the first step of several to further liberalize wolf trapping in Blaine County, raise ethical concerns in terms of the proposed season end date, benefit few, endanger many and, finally, are not wanted by most Blaine County citizens.