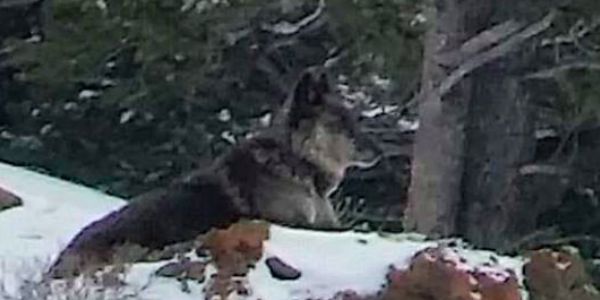 238,957 SUPPORTERS
240,000 GOAL
Spitfire was beloved by many. The young wolf was often spotted at Yellowstone National Park, much to the delight of wolf enthusiasts, biologists, and tourists.

Sadly, future park-goers will never catch a glimpse of Spitfire. The Montana Department of Fish, Wildlife and Parks just confirmed that she was cruelly killedby a trophy hunter. What’s even worse is that her murder was completely legal. Spitfire had wandered just outside of the park, where she was no longer protected.

Please sign this petition calling for a no-hunting buffer zone around Yellowstone National Park to protect more animals from being senselessly killed for sport.

Spitfire’s mom met a similar fate six years ago, leaving Spitfire as the new leader of the Lamar Canyon Pack. According to wolf lovers, she “led her pack through a number of very difficult circumstances” and “showed incredible strength, courage and resilience in everything she did.” Now she’s gone, and the Lamar Canyon Pack is yet again without a leader.

It’s not uncommon for animals to roam just beyond national park boundaries — which is why their protection should be extended. Sign now to demand buffer zones around Yellowstone National Park.

2 thoughts on “Yellowstone’s Beloved Wolf, Spitfire, Was Killed by a Trophy Hunter”