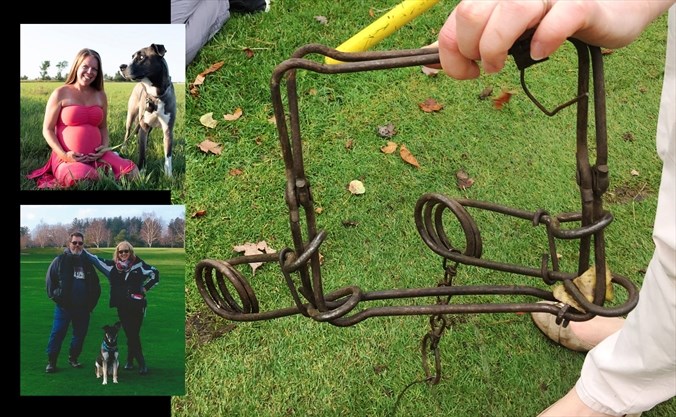 Within the last two years, both Winston (top left) and Bella (bottom) have been killed after getting caught in conibear traps. Bella’s owner, Paul Wildeboer, wants the province to require trappers post mandatory signage near where they have placed or set these traps. – Photos by Paul Wildeboar and Jackson Sister’s Photography

The Ministry of Natural Resources and Forestry is investigating after Dundalk resident Cheryl Ireland’s dog Winston was killed by a trap located in a field near Mill Street and Braemore Street. This photo of Ireland with her dog before the birth of her newborn, was taken in the field where the dog died on Thursday (Nov. 15). – Jackson Sister’s Photography 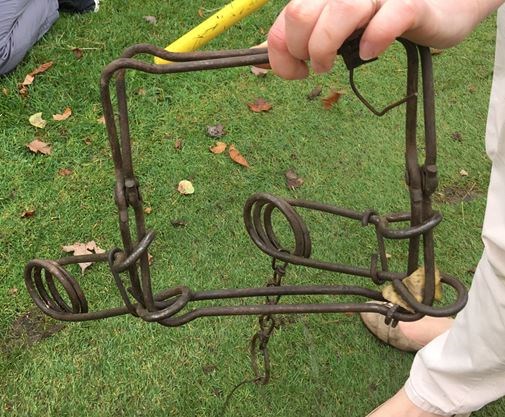 Here is a picture of the conibear trap that killed Paul Wildeboer’s dog on a golf course in Port Elgin in November of 2017. 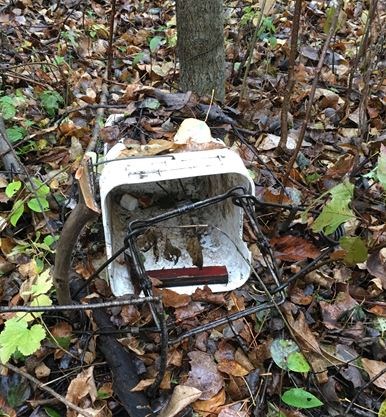 Here is an example of how conibear traps can be placed or set on the ground using a marshmallow as bait. – Courtesy of Paul Wildeboer 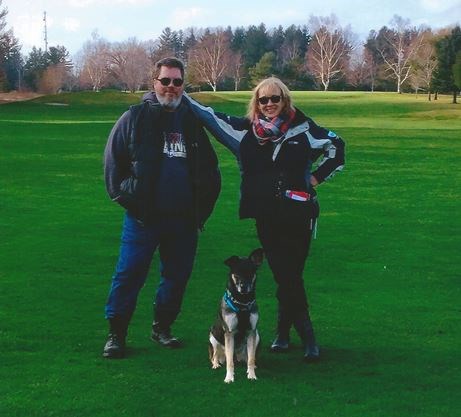 Paul Wildeboer and his wife, Judy, are seen with their shepherd cross Bella, who was killed by a conibear trap set on a golf course in Port Elgin in November of 2017. – Courtesy of Paul Wildeboer

As a ministry investigation into the death of a Dundalk dog killed by a conibear trap continues, a man whose dog suffered a similar fate wants the province to better safeguard people and their pets from these “body-gripping” traps.

“It should be mandatory (for trappers) to post warning signs. For example, ‘Danger, do not enter. Animal control in progress,’” said Paul Wildeboer, whose 70-pound shepherd cross was killed by a conibear trap on a golf course in Port Elgin back in November 2017.

“They not only pose a danger to animals but people and rescuers as well,” he added. “For convenient placement and pick up these traps are generally set near walking trails, snowmobile trails and paths where families, children and hikers are known to walk.”

In the early afternoon of Nov. 15, Dundalk resident Cheryl Ireland’s mother, Elaine, and her friend were walking her dog, Winston, in a large field behind their home near Mill and Braemore streets.

Suddenly, they heard a loud yelp and discovered Winston had been caught in a conibear trap. The dog, a Great Dane, bullmastiff and husky mix, died shortly afterwards.

“They did everything they could to try and keep him alive. (My mom) got some neighbours to try and help, but by the time they went out there, it was too late. He was gone,” Ireland said following the incident, noting a smaller trap was also discovered nearby.

Ministry of Natural Resources and Forestry (MNRF) spokesperson Jolanta Kowalski reports the investigation into Winston’s death is ongoing. She said the MNRF recently reached out to the public for any information that could help the case.

“The MNRF has been here twice since (Nov. 16) but still haven’t really got anywhere. We do know who it is and (the investigator) has been to his house,” Ireland told The Banner.

“Nothing has come from it that I know of,” she explained. “(The investigator) will be going to pay him another visit soon as far as I know.”