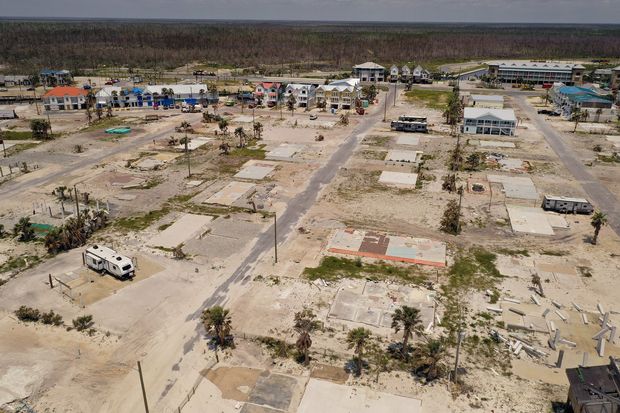 Many homes in Mexico Beach, Fla., remained leveled to their foundations in May, seven months after Hurricane Michael ripped through the coastal city. PHOTO: SCOTT OLSON/GETTY IMAGES

A small but growing number of Republican lawmakers are urging action on climate change, driven by shifting sentiment among GOP voters and the effects of global warming, from stronger hurricanes to more-destructive wildfires.

The group backs policies rooted in what they consider GOP principles, favoring market-based solutions rather than government regulations. Many are loyal supporters of President Trump, but they part with him on climate change, which he has dismissed as hyped.