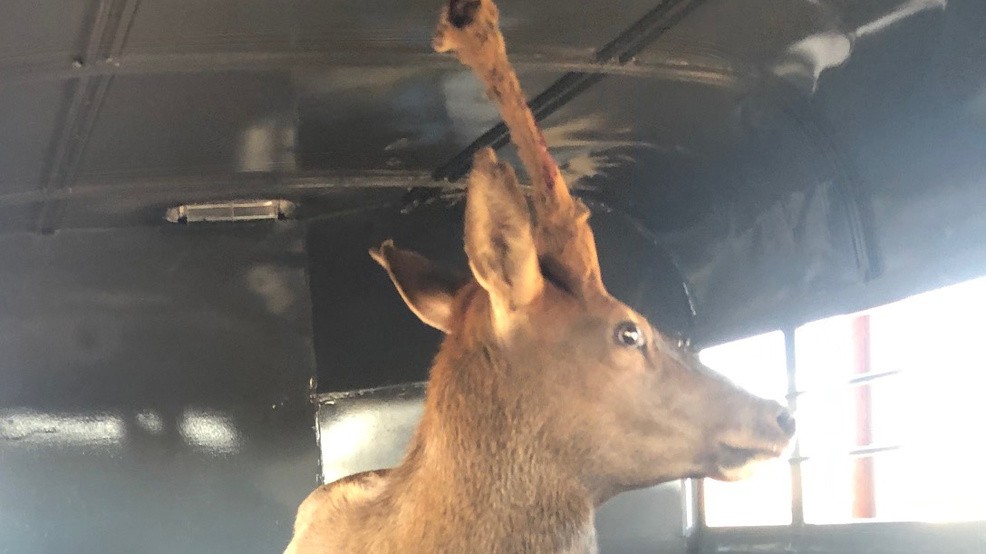 SWEET, Idaho (CBS 2) — A bull elk may spend the rest of its life in captivity after an Idaho resident illegally raised the elk in Gem County.

Idaho Fish and Game says a resident of Sweet illegally removed the elk when it was a calf in the spring of 2018. The elk ended up leaving the area during the winter, but it returned to Sweet this spring.

Officers were receiving calls about the 400-pound elk roaming around the small town and it was unafraid of people.

“With the fall rut approaching, things could only get worse,” Idaho Fish and Game said.

The elk was eventually captured Aug. 18 (after several unsuccessful attempts). Officers took the bull elk to the Bear Valley area, which is north of Lowman.

“With plenty of elk in the Bear Valley area, it was hoped that the young bull would integrate into one of the local herds,” Fish and Game said. “But after two weeks in the wild, the young bull appears uninterested in its own kind, instead approaching curiosity seekers who have driven to Bear Valley in the hopes of spotting the animal.”

The elk, recaptured on Sunday, was deemed to be too habituated toward humans and will now live out its days in captivity. Previous attempts of finding the elk a home at an accredited facility were unsuccessful.

“A sad ending for what should be a wild animal,” Fish and Game said.