Brian May has said Queen will not play Glastonbury next year after clashing with the festival’s founder over the controversial badger cull.

The 72-year-old guitarist and animal rights campaigner rubbished claims that his band had been booked to headline Glastonbury’s 50th anniversary event next year.

Founder Michael Eavis, 84, who is also a dairy farmer, has called May a “danger to farming” and criticised him for his opposition to the badger cull, which is aimed at preventing the spread of bovine TB.

Speaking on BBC Radio 2 on Friday, May said Queen, who are touring with American Idol’s Adam Lambert providing the vocals, would not perform at Glastonbury in 2020 unless “things changed radically”. 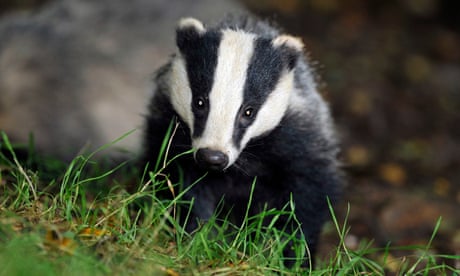 “No, we won’t [perform], and there are lots of reasons for that. One is that Michael Eavis has frequently insulted me and I don’t really particularly enjoy that,” he said.

“What bothers me more is that he is in favour of the badger cull, which I regard as a tragedy and unnecessary crime against wildlife.

May is also the co-founder of the Save Me animal welfare organisation, which campaigns against fox hunting and badger culling.

He started the body in 2010 alongside the environmental campaigner Anne Brummer, and named it after Queen’s 1980 hit.

May appeared on Zoe Ball’s show alongside the singer-songwriter James Blunt and Strictly Come Dancing head judge Shirley Ballas. Blunt did not say whether he would perform at Glastonbury’s 50th anniversary.

He said: “I’m off on my tour from February around the UK. I will be doing some summer festivals. Glastonbury has always been my favourite gig to play. I’ve played on the Pyramid Stage a couple of times and it’s an amazing place, absolutely.”

Diana Ross, who made her name in The Supremes, has already been announced as the performer for next year’s Sunday afternoon Legends slot, which last year was filled by Kylie Minogue.