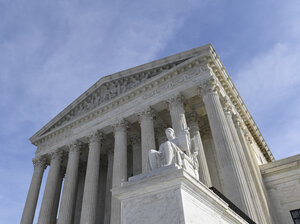 Guns: when and how to regulate them. It’s one of the biggest issues across the country. But the U.S. Supreme Court has rarely weighed in on the issue. In modern times, it has ruled decisively just twice. Now it’s on the brink of doing so again.

With the retirement of Justice Anthony Kennedy, there now are five conservative justices who may be willing to shut down many attempts at regulation, just as the NRA’s lock on state legislatures may be waning.

For the past decade, the court has been wary of gun cases. In 2008 the court ruled for the first time that the Second Amendment right to bear arms is an individual right. Two years later, the court said that right applied to state laws…