What you can actually do to slow the climate crisis

What you can actually do to slow the climate crisis 01:13

(CNN)It’s a summit that could make or break the world’s climate commitments.

Around 25,000 people from 200 countries are descending on Madrid this week to attend the COP25 climate change conference. They include dozens of heads of state and government, business leaders, scientists and, of course, activists — including Swedish teenager Greta Thunberg.
United Nations Secretary General Antonio Guterres said Sunday that the summit marks the “point of no return” in humanity’s fight against climate change. 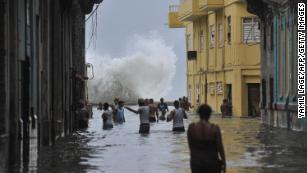 Climate change is forcing one person from their home every two seconds, Oxfam says
Just getting there was tricky. The gathering was originally going to be hosted by Brazil. But the…