During the 2019 Kaporos, an annual ritual slaughter that takes place in the days leading up to Yom Kippur, several teams of animal rights activists in New York City rescued 211 chickens who were hours away from being killed in makeshift slaughterhouses erected in Hasidic Jewish neighborhoods in Brooklyn.  The rescues were organized by the Alliance to End Chickens as Kaporos and Long Island Orchestrating for Nature (LION).

The activists brought the chickens to a triage center where they provided them with food, water and, in some cases, acute medical care, before transporting them to farm animal sanctuaries around the country. Eight chickens were taken to veterinarians for emergency surgery due to broken wings and other life-threatening injuries. 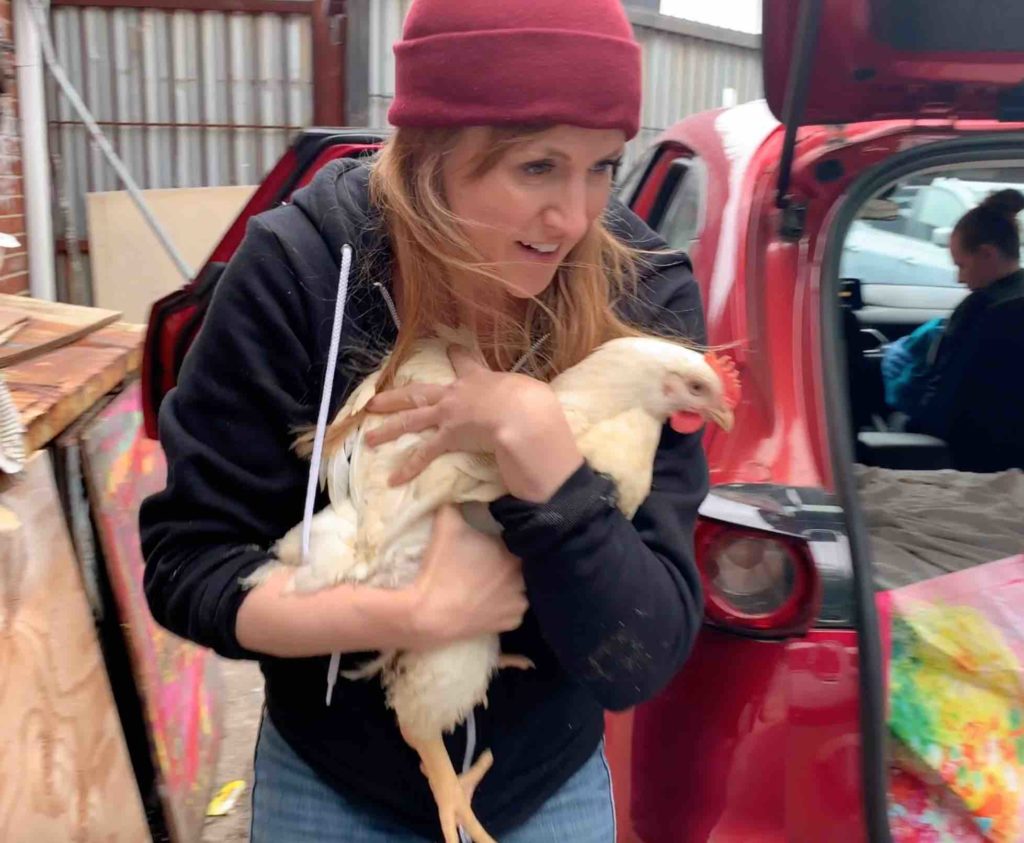 Jill Carnegie with the Alliance to End Chickens as Kaporos transports a rescue to the triage site.

Jill Carnegie, the Campaign Strategist for the…