known to live on a group of nearby islands, was subject of a documentary

Conservation officers on Vancouver Island say they’re confident a wolf that was caught Sunday in the backyard of a Victoria residence is the same animal known to live alone on a group of small islands off the coast of the capital city.

According to a statement posted on the B.C. Conservation Officer Service’s Facebook page, the animal was assessed and is believed to be Takaya “due to several factors.”

The wolf was first spotted living on the Discovery and Chatham Islands in 2012 and was the subject of a recent Nature of Things documentary.

The service says the wolf is a mature male in good health with no apparent injuries.  It was released back into the wild Monday, but not back to Discovery Island.

This is because officers believe it left the island for a reason — likely looking for food or resources.

Officers picked a wild, coastal habitat on the west side of Vancouver Island to give Takaya the “best chance possible” of survival.

The #JamesBayWolf2020 has been safely released back into the wild, in a coastal habitat on the west side of Vancouver Island. The #BCCOS would like to thank @vicpdcanada for their help & the public for calling the #RAPP line. More details here: http://tinyurl.com/qsafb8c 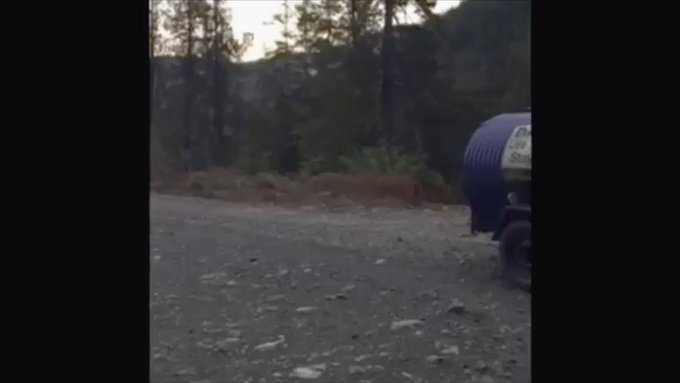 136 people are talking about this

A trip to the city

“I’m sure it is scared and hungry and it just wants to get into a solitary place,” B.C. Conservation Officer Scott Norris.  Norris said in an interview on On The Island Monday.

The wolf was first spotted on Saturday trotting down a neighbourhood street in James Bay. It was tranquilized just after 6 p.m. Sunday in a residential yard in the 200 block of Michigan Street.

Norris said wolves do not generally venture into urbanized areas and this was “quite an anomaly.”

He thinks the animal likely followed the shoreline before ending up in the James Bay neighbourhood.

The #BCCOS safely tranquilized and captured the #JamesBay wolf. The wolf will be assessed by the provincial veterinarian tomorrow. It appears to be a healthy mature male wolf #JamesBayWolf2020 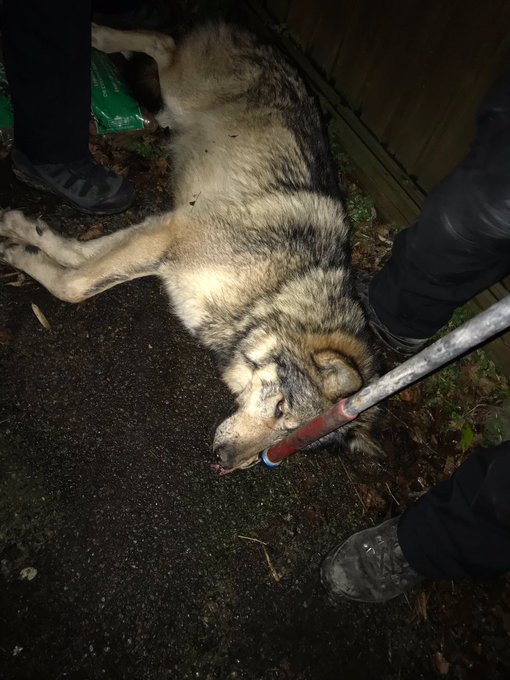 70 people are talking about this

Chris Darimont, the Raincoast Research chair in Applied Conservation Science at the University of Victoria, said the wolf was much more likely scared of us than we were of it.

“The risks that the wolf accepted in running the gauntlet through town were much higher than any real risk to humans, maybe posing a serious threat to cats and dogs and the odd chicken along the way,” Darimont said.

“I’m glad things have seemed to transition without much harm to people or the wolf.”

“Wolves tend to do much much better where human density, especially road access is limited,” he said.

And as a marine wolf, he should be able to find plenty to eat.

“He made most of his living off of [hunting] seafood things like harbour seals, sea lions, river otters and so on. So having some coastal habitat and resources to turn to now, particularly in an otherwise unfamiliar environment, is a really good strategy,” he said.

Anyone who spots a wolf should begin using scare tactics if it gets closer than 100 metres. This includes raising your arms and waving them in the air, using noisemakers and throwing sticks.

If a wolf displays aggressive behaviour, you should back away slowly and not turn your back on the animal.