CNN)Reclusive, nocturnal, numerous — bats are a possible source of the coronavirus. Yet some scientists concur they are not to blame for the transfer of the disease that’s changing daily life — humans are.

Zoologists and disease experts have told CNN that changes to human behavior — the destruction of natural habitats, coupled with the huge number of fast-moving people now on Earth — has enabled diseases that were once locked away in nature to cross into people fast.
Scientists are still unsure where the virus originated, and will only be able to prove its source if they isolate a live virus in a suspected species — a hard task.
But viruses that are extremely similar to the one that causes Covid-19 have been seen in Chinese horseshoe bats. That has led to urgent questions as to how the disease moved from bat communities — often untouched by humans — to spread across Earth. The answers suggest the need for a complete rethink of how we treat the planet. 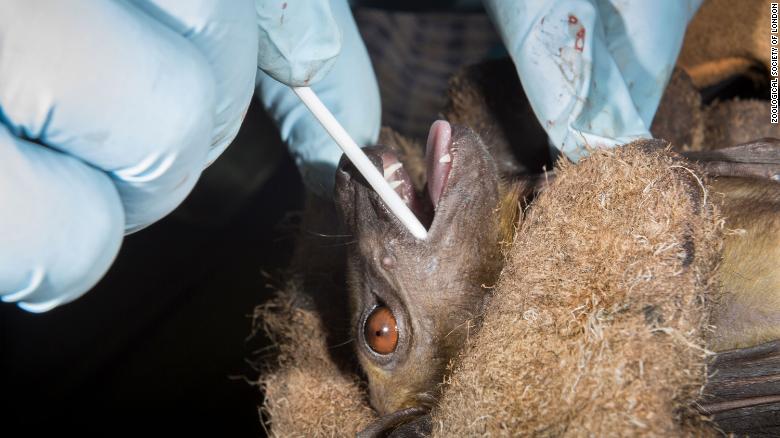 Bats are a possible source of the coronavirus, but some scientists say humans are to blame for the spread of the disease.
Bats are the only mammal that can fly, allowing them to spread in large numbers from one community over a wide area, scientists say. This means they can harbor a large number of pathogens, or diseases. Flying also requires a tremendous amount of activity for bats, which has caused their immune systems to become very specialized.
“When they fly they have a peak body temperature that mimics a fever,” said Andrew Cunningham, Professor of Wildlife Epidemiology at the Zoological Society of London. “It happens at least twice a day with bats — when they fly out to feed and then they return to roost. And so the pathogens that have evolved in bats have evolved to withstand these peaks of body temperature.”
Cunningham said this poses a potential problem when these diseases cross into another species. In humans, for example, a fever is a defense mechanism designed to raise the body temperature to kill a virus. A virus that has evolved in a bat will probably not be affected by a higher body temperature, he warned.
Related stories
But why does the disease transfer in the first place? That answer seems simpler, says Cunningham, and it involves an alien phrase that we will have to get used to, as it is one that has changed our lives — “zoonotic spillover” or transfer.
“The underlying causes of zoonotic spillover from bats or from other wild species have almost always — always — been shown to be human behavior,” said Cunningham. “Human activities are causing this.”
When a bat is stressed — by being hunted, or having its habitat damaged by deforestation — its immune system is challenged and finds it harder to cope with pathogens it otherwise took in its stride. “We believe that the impact of stress on bats would be very much as it would be on people,” said Cunningham.
“It would allow infections to increase and to be excreted — to be shed. You can think of it like if people are stressed and have the cold sore virus, they will get a cold sore. That is the virus being ‘expressed.’ This can happen in bats too.” 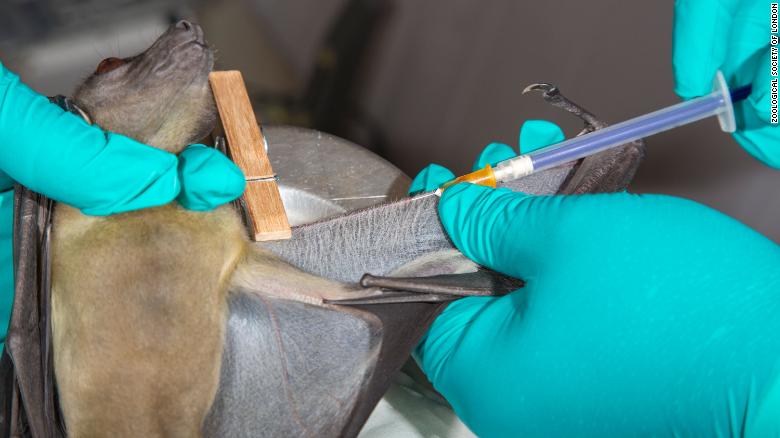 Pathogens that have evolved in bats can withstand a high body temperature, so a human fever will not work as a defense mechanism.
In the likely epicenter of the virus — the so-called wet-markets of Wuhan, China — where wild animals are held captive together and sold as delicacies or pets, a terrifying mix of viruses and species can occur.
“If they are being shipped or held in markets, in close proximity to other animals or humans,” said Cunningham, “then there is a chance those viruses are being shed in large numbers.” He said the other animals in a market like that are also more vulnerable to infection as they too are stressed.
“We are increasing transport of animals — for medicine, for pets, for food — at a scale that we have never done before,” said Kate Jones, Chair of Ecology and Biodiversity at University College London.
“We are also destroying their habitats into landscapes that are more human-dominated. Animals are mixing in weird ways that have never happened before. So in a wet market, you are going to have a load of animals in cages on top of each other.” 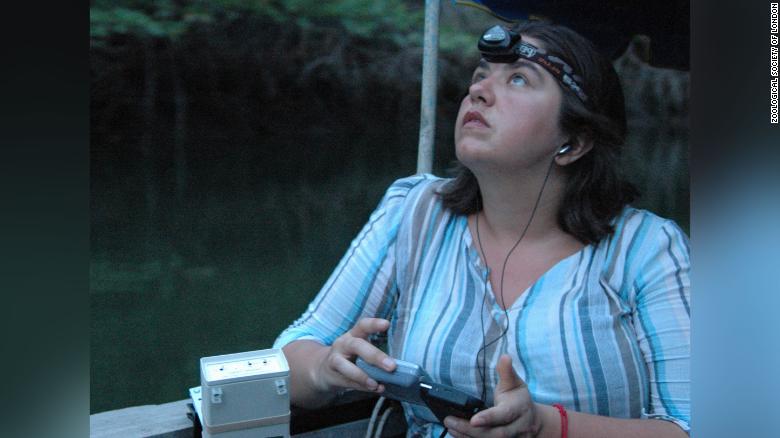 Kate Jones, Chair of Ecology and Biodiversity at University College London, said increasing transport of animals and habitat destruction meant animals were mixing in ways they never had before.
Cunningham and Jones both pointed to one factor that means rare instances of zoonotic spillover can turn into global problems in weeks. “Spillovers from wild animals will have occurred historically, but the person who would have been infected would probably have died or recovered before coming into contact with a large number of other people in a town or in a city,” said Cunningham.
“These days with motorized transport and planes you can be in a forest in central Africa one day, and in a city like central London the next.”
Jones agreed. “Any spillover you might have had before is magnified by the fact there is so many of us, and we are so well connected.”
There are two simple lessons, they say, that humanity can learn, and must learn fast.
First, bats are not to blame, and might actually help provide the solution. “It’s easy to point the finger at the host species,” said Cunningham.
“But actually it’s the way we interact with them that has led to the pandemic spread of the pathogen.” He added that their immune systems are poorly understood and may provide important clues. “Understanding how bats cope with these pathogens can teach us how to deal with them, if they spillover to people.” 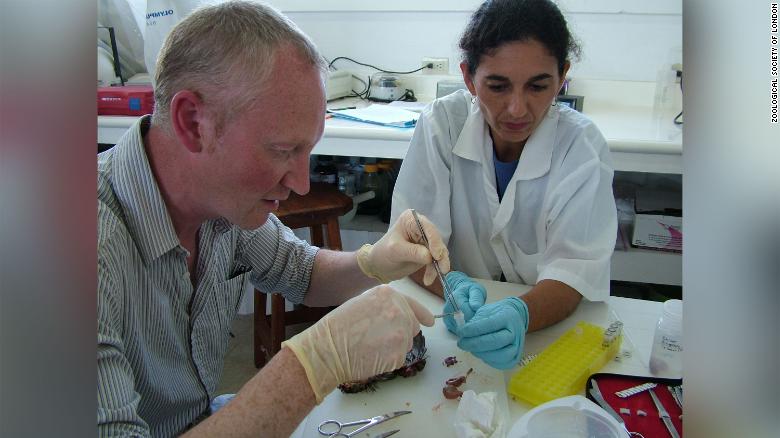 The cause of “zoonotic spillover,” or transfer from bats or other wild species, is almost always human behavior, says Professor Andrew Cunningham from the Zoological Society of London.
Ultimately diseases like coronavirus could be here to stay, as humanity grows and spreads into places where it’s previously had no business. Cunningham and Jones agree this will make changing human behavior an easier fix than developing a vastly expensive vaccine for each new virus.
The coronavirus is perhaps humanity’s first clear, indisputable sign that environmental damage can kill humans fast too. And it can also happen again, for the same reasons.
“There are tens of thousands [of viruses] waiting to be discovered,” Cunningham said. “What we really need to do is understand where the critical control points are for zoonotic spillover from wildlife are, and to stop it happening at those places. That will be the most cost-effective way to protect humans.”
Jones said viruses “are on the rise more because there are so many of us and we are so connected. The chance of more [spillovers into humans] happening is higher because we are degrading these landscapes. Destroying habitats is the cause, so restoring habitats is a solution.”
The ultimate lesson is that damage to the planet can also damage people more quickly and severely than the generational, gradual shifts of climate change.
“It’s not OK to transform a forest into agriculture without understanding the impact that has on climate, carbon storage, disease emergence and flood risk,” said Jones. “You can’t do those things in isolation without thinking about what that does to humans.”

1 thought on “Bats are not to blame for coronavirus. Humans are”