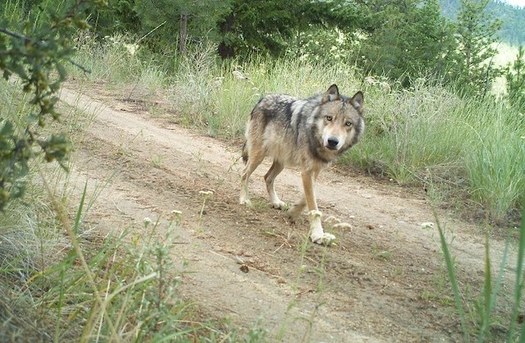 Nine Washington state wolves were removed because of conflicts with livestock in 2019. (WDFW/Flickr)

SEATTLE — Washington state’s wolf population is on the rise, according to a new count, but conservation groups say the species still has a long road to recovery.

Zoe Hanley, Northwest representative for Defenders of Wildlife, says that’s good news but wolves aren’t out of the woods yet.

She says one concerning point in the Washington Department of Fish and Wildlife’s report is that nine wolves were removed because of their interactions with livestock or livestock depredation, and most conflicts occurred on public lands.

“It’s disappointing to see lethal removal in the same locations every year,” she states. “Wolves should have the right of way on our public lands.”

Defenders of Wildlife notes that in Oregon, where wolf management is similar, the state did not remove any wolves for interacting with livestock and depredation numbers were down 43% last year.

Hanley says there needs to be more proactive prevention methods in place, such as moving cattle away from high-use wolf areas.

“Wolves are extremely resilient and they’re so valued for their really positive impacts to the ecological systems and also the way that humans have a great way of relating to them, so we’re really excited that they’re coming back,” she states.

Wolves remain sparse in the western part of Washington, where they still are federally listed as endangered.

2 thoughts on “WA Wolf Count Up, But Species Isn’t Out of Woods Yet”