By James Massola and Karuni Rompies

In the heart of central Jakarta, about 20 minutes from Joko Widodo’s Presidential Palace, the Pramuka Bird Market is open for business.

The aisles throng with people, few wearing masks, and hum with the din of humans, birds, reptiles and mammals all mixed together. It stinks too.

Today, Vonis, a local trader who uses just the one name, is holding forth about the origins of the coronavirus that has infected nearly 6 million people, killed more than 360,000, up-ended the global economy and more. It is thought to have passed from bats, via an unidentified animal, to humans at a wet market in Wuhan, China.

“It’s hoax. It is not true that bats caused COVID-19. I’ve been selling this [bats] for many years, nobody gets sick here. No one. Also, many Indonesians eat bat meat and nobody is sick. I myself healed my asthma after consuming bat. It happened when I was around 25 years old. I’m a bit over 40, I am healthy now,” he says.

Vonis sells birds, mostly, as pets, but he also has bats (about $25), civets (about $40) and squirrels. It’s for traditional medicine, he hastens to add. He sells about 30 bats a week and is happy to offer cooking tips.

“Just fry it, don’t put too many spices in like the Manado dish. Just a little salt. For chronic asthma you have to consume it twice a week. If it is only for keeping you healthy, eat it once a month.”

If you want a pangolin – thought to be the potential “bridge animal” between bats and humans in Wuhan – he can get you one of those, too.

“Nobody has it here [at the market]. But if you want, we can look for it. I have someone who can do it.”

The small, scaly mammal cost between $250 and $300 to source, and you have to pay half in advance.

Vonis is far from the only person in the Pramuka market selling exotic animals for consumption. Indonesia is home to some large wildlife wet markets, such as the Beriman Tomohon in North Sulawesi, the Satria in Bali, Hewan Pasty in Yogyakarta, Depok in Solo and Jatinegara, also in Jakarta. There also smaller markets – up to 1000, according to the Jakarta Animal Aid Network.

At the Satria, pet shop owner Nengah Wita sells bats, rabbit, chickens, song birds and geckos. He’s at pains to stress he sells very few bats (they retail for about $120 each) and says they are only sold to help with asthma in traditional medicine.

He says people have “exaggerated” the part played by bats in the origin of the coronavirus.

“I would’ve fallen sick weeks ago if it was true. But I am fine, I sleep in the shop, I care for them every day, I even got bitten last week but you can see, I am not sick. Just like the last time, the bird flu, I sell birds too, but I was fine then too.”

How does an epidemic spread and what does the wildlife trade have to do with it?

These market traders are just the tip of the iceberg. Civets are widely available for sale on Tokopedia, Indonesia’s answer to eBay (some listings describe them as pets, others note they are very tasty). It isn’t hard to find pangolin scales for sale, either.

While experts such as Professor Wiku Adisasmito, who is part of the Indonesian government’s national COVID-19 taskforce, have warned that wild animal markets are an “animal cafeteria for pathogens” that could lead to the next coronavirus, the national government has shown little appetite for tackling the problem. Instead, it has suggested that it the responsibility of provincial governments.

It’s a similar story throughout the region where bats, pangolins, civets, rats, rare birds, dogs, and parts of rhinos, elephants and tigers are regularly traded.

China has, since the emergence SARS-CoV-2, flagged plans to ban the trade of live animals for food – but left exceptions for traditional medicine and fur. That’s more than most countries. A Vietnamese plan to ban the trade and consumption of wild animals seems to have stalled.

The illegal trade in wild animals for food, medicine, fur and as pets is big business worth an estimated $7 billion to $23 billion annually. The legal trade – loosely regulated by the Convention on International Trade in Endangered Species [CITES] of Wild Fauna and Flora – is worth perhaps 10 times as much and, until the new coronavirus was unleashed, it was booming. 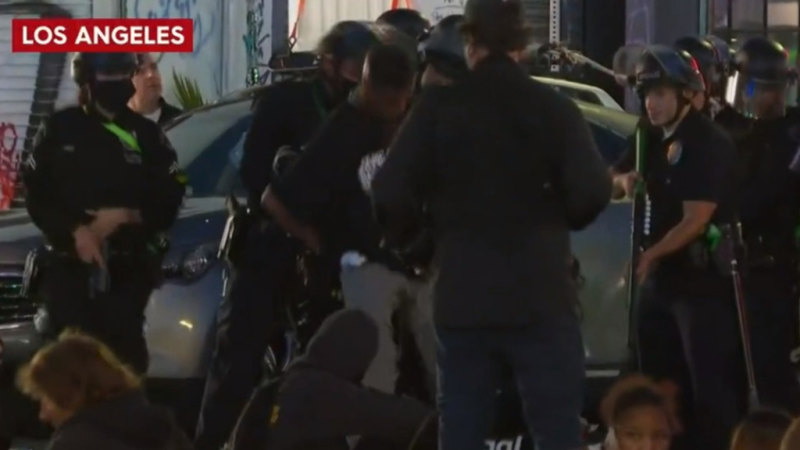 The reopening of China’s wet markets has sparked global debate and prompted calls to close them entirely. But with confusion around the definition of the term ‘wet market’, we take a look at exactly what it means, and how their permanent c…

Scott Roberton, the Bangkok-based director for Counter-Wildlife trafficking for the Wildlife Conservation Society, praises China for its post-COVID-19 plans to curtail the wildlife trade, though he admits it could go further.

“It’s a much bigger problem than a single market in Wuhan. We really need to break this idea that it’s only about markets. They are an important location, but huge volumes of the trade in wild animals in the region takes place outside of markets and poses similar risks of virus emergence,” he says.

Roberton, who was based in Vietnam for more than a decade, describes China as less of a “source” country now and as more of a destination for wildlife consumption, as well as a transit country for animals coming from places such as Cambodia and Laos. Indonesia, too, “is a source, destination and transit country”.

Laos and Cambodia, some of the poorest countries in south-east Asia, operate as a source for both farmed and illegally caught wildlife. There is a domestic market, too, for consumption by tourists, as is the case with Thailand.

“This is one of the most valuable illicit trades, up there with drugs, weapons, human trafficking and counterfeit goods; it’s worth billions of dollars annually,” Roberton says.

The questions an independent inquiry into the coronavirus must answer

“One reaction from some governments is that they don’t have the trade of wildlife for meat like in China, yet they do have trade for wildlife as pets and traditional medicine. The fact is that the conditions that lead to the emergence of zoonotic pathogens like COVID-19 and SARS occur in the wild animal trade whether they are being sold for meat, fur or medicine, so policies focused on only wildlife meat won’t significantly reduce the future threat of pathogen emergence.”

Australia has backed an international review of wildlife markets in the wake of the virus, which it has labelled a “big risk” to human health and food production.

Leanne Wicker, a senior vet at Healesville Sanctuary who worked in Vietnam for years and is an expert on species threatened by the wildlife trade, says such infectious organisms are “no risk to people when wild animals are left in the wild”.

The problem is that human behaviour, such as habitat destruction, ecotourism, hunting, the trade and consumption of wild animals and the farming of wild animals brings “people and wildlife into unnaturally proximity enabling the spillover of disease between species”.

The hunt for the pangolin, the world’s most trafficked mammal

“The SARS-CoV-2 virus is not the first significant pathogen to arise from the wildlife trade and it most certainly won’t be the last.”

She’s also frustrated by the focus on wildlife or wet markets, arguing that restaurants, for example, can also pose a significant risk in spreading new and exotic viruses.

Australia’s Agriculture Minister David Littleproud said markets that exist across Africa and north and south-east Asia and sell animals for traditional medicine and food consumption are a “particular concern”.

“Even before COVID-19, we knew these sorts of markets posed a serious potential risk to human health and, if we obtain the scientific backing, we would like to see these markets phased out to ensure public health,” he says.

As Wicker says, the impact of the global wildlife trade is “devastating”.

“While I am acutely aware that the public health risks are significant, it is very hard to ignore the fact that this is a problem caused entirely by human greed. For me, the real tragedy lies in considering the fear, pain and discomfort felt by every single one of the many millions of individual animals who find themselves unlucky participants in this human atrocity.”