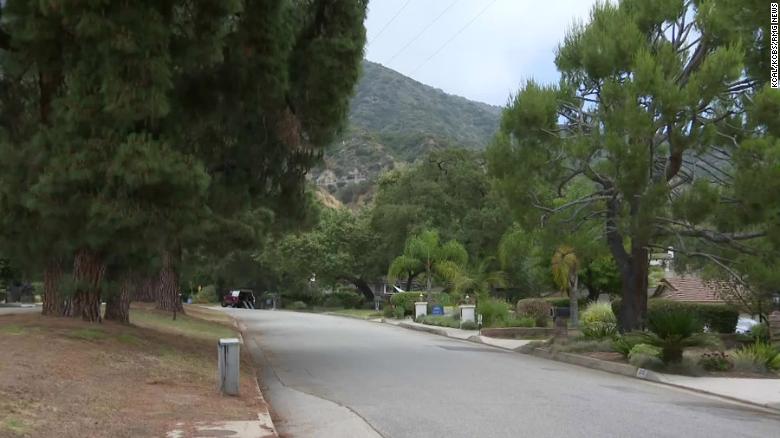 (CNN)A Southern California teen had a rude awakening when an outdoor nap turned into a bear attack.

She survived by fighting the bear off with her only weapon — a laptop.
The 19-year old Sierra Madre woman fell asleep in backyard chair Monday evening, Fish and Wildlife Capt. Patrick Foy told CNN.
“She awoke to the sound of a bear approaching her,” Foy said. “It immediately attacked.”
Content by CNN Underscored
The comfiest pants for lounging around the house
With the anxiety and distress you may be feeling, wearing clothes that are in any way uncomfortable is simply not an option.
The bear scratched the young woman’s arms and legs, but then it began to bite her leg. Her wounds were not life-threatening.[*And yet the bear life will be ended…]
“The only weapon she had was her laptop. She hit the bear with it and stunned it long enough to escape inside the house,” Foy said.
“She fought back vigorously, which is what you should do with any wildlife in California.”
Local police responded to the incident, followed soon by wildlife officers. Bear tracks nearby and a glimpse of a bear around midnight provided evidence corroborating her story.
“This was an unprovoked, aggressive attack,” Foy said. The woman did not have any food, and did not get between a bear and her cubs.
“It’s likely she was looked at as prey,” Foy speculated.
This is not the first time a sleeping person has been attacked in the area. Last year, a homeless man was attacked by a bear that was never caught.
DNA swabs were taken from the teenager’s wounds and analyzed by a forensics lab. Foy says that analysis provided wildlife officers with a full DNA profile by the next day.
Tuesday night, wildlife officials caught two bears in the immediate vicinity. Their DNA was analyzed, but neither matched the profile of the offending bear.
Both bears will be released in what Foy calls the ‘nearest suitable habitat.’
In this case, they’ll be taken into the Angeles National Forest – typically 25 miles or so away from where they were captured.
[*] The bear that attacked the woman has not yet been found. If or when it is, that bear will be euthanized.
California is home to only black bears, even though some are brown. There are no wild grizzlies in the state.

1 thought on “A bear attacks a woman. She fights it off — with her laptop”