Share using EmailShare on TwitterShare on FacebookShare on Linkedin

Scientists and conservationists are proposing that up to half of Earth’s land and oceans be protected for nature. Is it a necessary step or a pipe dream?

As humans continue to rapidly expand the scope of their domination of nature – bulldozing and burning down forests and other natural areas, wiping out species, and breaking down ecosystem functions – a growing number of influential scientists and conservationists think that protecting half of the planet in some form is going to be key to keeping it habitable.

The idea first received public attention in 2016 when E.O. Wilson, the legendary 90-year-old conservation biologist, published the idea in his book Half Earth: Our Planet’s Fight for Life. “We now have enough measurements of extinction rates and the likely rate in the future to know that it is approaching a thousand times the baseline of what existed before humanity came along,” he told The New York Times in a 2016 interview.

Once thought of as aspirational, many are now taking these ideas seriously, not only as a firewall to protect biodiversity, but also to mitigate continued climate warming.

One of the major reasons for adoption of these extreme preservation goals is a 2019 report by the Intergovernmental Science-Policy Platform on Biodiversity and Ecosystem Services (IPBES), which found that more than 1 million species are at risk of extinction. Conducted by hundreds of researchers around the world, the study is considered the most comprehensive analysis of the state of the world’s biodiversity ever.

That report concluded that it’s not only species that are at risk, however. The myriad life-support functions that these species and ecosystems provide also are threatened — everything from clean water and air to flood control and climate regulation, food and a host of other services. 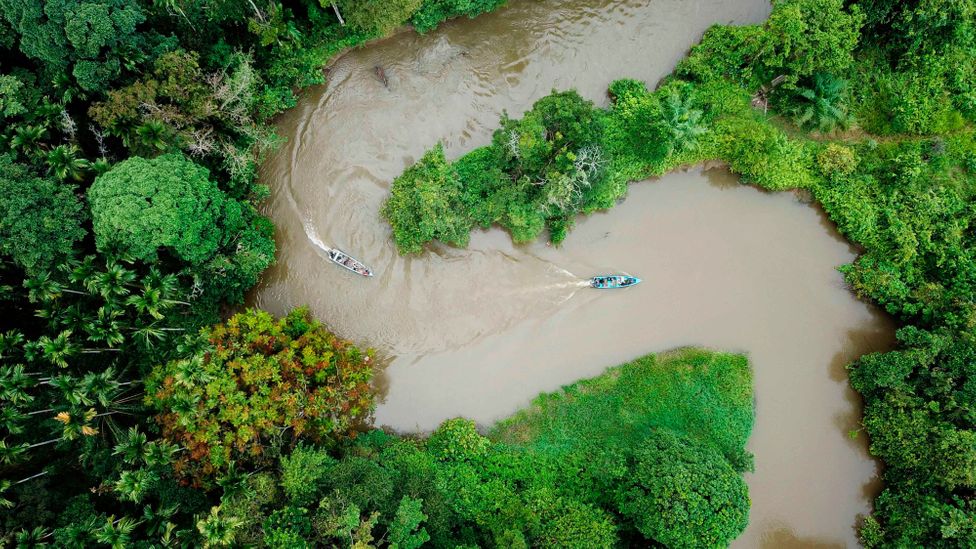 Reserving large swathes of land can help to stabilise vital ecosystems, such as rainforests, that act as carbon sinks (Credit: Getty Images)

Moreover, some scientists are concerned that the face of the globe has been so altered that the global ecosystem could be near a tipping point that would disrupt the climate and biological systems that sustain life and cause widespread – and perhaps disastrous – environmental instability.

The ambitious goal of protecting and restoring natural systems on a large scale is shared by a number of groups and people. The Wyss Campaign for Nature is working in partnership with the National Geographic Society to support the goals of the so-called “30×30” movement, a highly ambitious initiative that aims to protect 30% of the planet, on land and at sea, by 2030.

Another organisation called Nature Needs Half has drawn in scientists and conservation groups, including the Sierra Club, that are pressing for the protection of 50% of the planet by 2030.

The European Parliament has pledged to protect 30% of European Union territory, restore degraded ecosystems, add biodiversity objectives into all EU policies, and earmark 10% of the budget for improvement of biodiversity. In the US, politicians working with conservation organisations recently introduced a resolution to drum up support for protection of 30% of the US’s land and marine areas.

All eyes are now on the Convention on Biological Diversity (CBD), a multilateral treaty created by the United Nations to write a 10-year biodiversity plan.

The 2010 CBD meeting called for 17% of the terrestrial planet to be protected in some form and 10% of the oceans by 2020. That goal was not reached – currently about 16% of the terrestrial planet has been protected, and less than 8% of marine ecosystems. So reaching the 2030 goal would require a near doubling of land protections and a quadrupling of ocean protections – all in the next decade.

It’s a daunting challenge, even if the will is there, with some countries – notably Brazil and the US – moving in the opposite direction. Brazilian President Jair Bolsonaro has opened up the Amazon rainforest to an onslaught of land-clearing, logging and agricultural development.

And last year the Trump Administration eliminated the Landscape Conservation Cooperative Network, an Obama-era program that created 22 research centres to tackle landscape-level conservation problems across the US. The Trump administration also is either opening up, or proposing to open up, large areas of protected federal lands to oil and gas drilling and other resource exploitation, including the vast Arctic National Wildlife Refuge in Alaska. 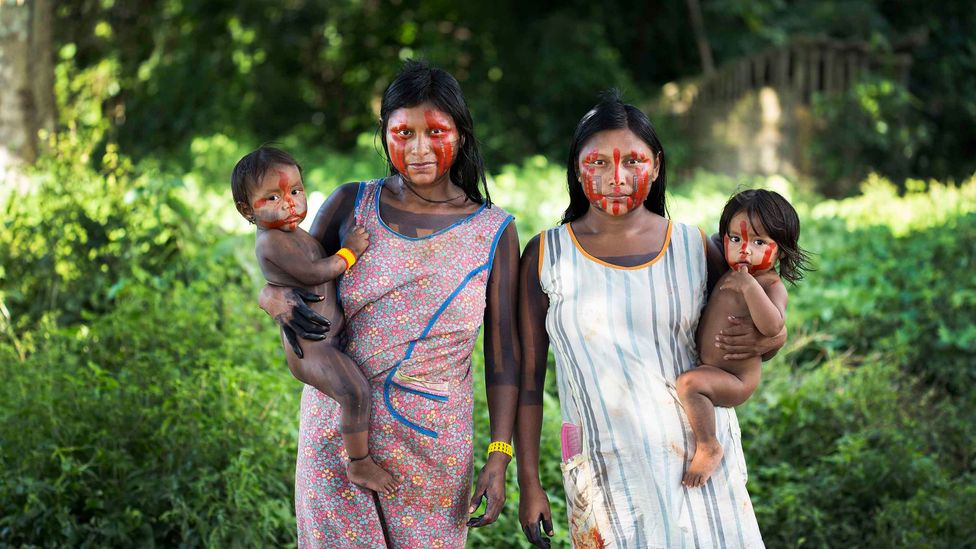 Upholding the rights of Indigenous people is crucial to issue of protecting some of the world’s most biodiverse habitats, such as the Brazilian Amazon (Credit: Getty Images)

It’s estimated that the US alone loses a football field of nature every 30 seconds. Far more natural lands are being lost in the Brazilian Amazon, with more than 10 square miles of rainforest being burned or cleared every day.

Still, there is optimism. Reports of large-scale climate changes, including the melting of Arctic sea ice, as well as the attention focused on 17-year-old Swedish climate activist Greta Thunberg, seem to have stirred some kind of awakening. “Younger people in general are focusing on environmental issues,” said Brian O’Donnell, director of the Campaign for Nature. “And we are seeing much less of a siloed approach, where those who work on climate and those who work on conservation are working together more.”

Some countries are already moving toward ambitious goals. In Canada, Prime Minister Justin Trudeau has committed the country to the Pathway to Canada Target 1 initiative, which aims to reach the 30×30 goals. (At the same time, Trudeau has committed the federal government to building the Trans Mountain pipeline to carry Alberta tar sands oil to Pacific ports, a move that has drawn fierce criticism from First Nations leaders and environmentalists.) Costa Rica, Colombia and others are also ramping up conservation efforts.

This is not just about saving species, it’s about maintaining ecological processes that underpin all life on Earth – Gary Tabor

The ambitious goals of campaigns like 30×30 and Half Earth have been met with criticism. Some question whether focusing on saving up to half of the land’s surface will do much for protecting the remaining biodiversity. In a 2018 paper, Stuart Pimm, a conservation biologist at Duke University, and others, argued that most biodiversity occurs in tropical regions, and much of it is already fragmented. They wrote how protecting broad swaths of nature in largely untouched regions – such as Canada’s boreal forest – has benefits. But the remaining large wild landscapes are mostly in temperate regions, which won’t do much for protecting biodiversity because by far most of the world’s species are in the tropics. “This begs our question of how much biodiversity will we protect if the trend to protect wild places continues,” says Pimm.

In a paper published last year in Nature Sustainability, a team of researchers argued that protecting vast swaths of the Earth could, conservatively, affect 1 billion people and in some cases increase poverty. “Social issues must play a more prominent role if we want to deliver effective conservation that works for both the biosphere and the people who inhabit it,” said Judith Schleicher, a University of Cambridge researcher who led the study.

While conservation has tremendous positive aspects, she said, “certain forms of ‘fortress’ conservation can see people displaced from their ancestral home and denied access to resources they rely on for their survival.”

Some dispute that argument. “When IPBES came out it said 1 million species are at risk,” said Gary Tabor, president of the Center for Large Landscape Conservation in Bozeman, Montana. “But this is not just about saving species, it’s about maintaining ecological processes that underpin all life on Earth. It’s 1 million species interacting with each other that clean your water, give you good soil, that scrub the air of CO2 – that’s what you lose.”

Disease prevention, for example, is a major ecosystem service of intact natural systems. As people clear wild lands or eat wild animals, the diseases that these creatures carry can jump the species barrier and spill over into human societies. The ongoing coronavirus outbreak, for example, may have originated in bats. 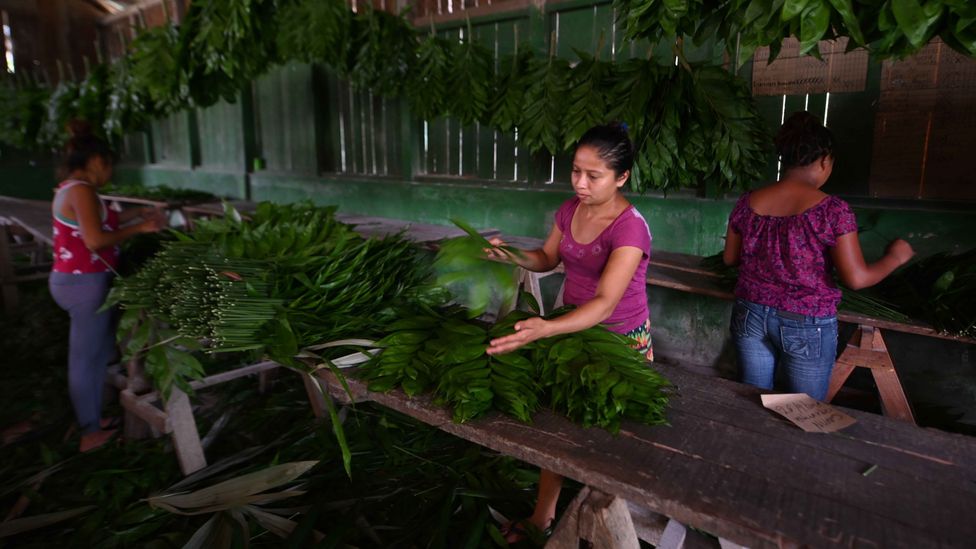 Finding ways for people to live inside nature reserves, rather than trying to keep people out with walls, can help preserve biodiverse habitats overall (Credit: Getty Images)

Nature must also be integrated into the places where people live, says Tabor. “The biggest misconception about Half Earth is that there is going to be a bizarre construction where people live on one side and nature lives on the other,” he said. “That doesn’t work in terms of ecological function, and it doesn’t work because there is conservation value outside of protected areas.”

Conservationists also say that a major part of reaching the 30 or 50% goals is supporting indigenous lands and community conservation areas. Indigenous peoples occupy or manage 28% of the planet’s land, but more than 40% of protected areas, according to the IPBES report, co-chaired by Sandra Díaz, a professor of ecology at the National University of Córdoba in Argentina.

What are the biggest barriers to setting aside 30%, and perhaps 50%, of the planet for nature, even as the global population continues to grow rapidly? “The way our world agricultural system works,” said O’Donnell of the Wyss Campaign for Nature. “It encourages lots of encroaching on more and more land for cattle and farming. That’s a key one.”

The number of paved roads is expected to double in the next 25 years, opening up large areas to illegal resource exploitation, poaching, and other threats

The Wyss Campaign for Nature is prioritising solutions for financing protection. “We’re studying the cost of protection and also looking at what would be the cost if you didn’t protect this amount of land, in terms of lost ecosystem services, clean waters, and fisheries,” said O’Donnell. “There’s a cost of conserving land, and a cost if we don’t.”

And setting aside lands for protection is by no means the end of the story. The Campaign for Nature is studying possible sources of funding so countries can pay for the cost of managing and protecting these lands.

Among the many threats facing large tracts of land, including those ostensibly under protection, are road building and fragmentation. The number of paved roads is expected to double in the next 25 years, opening up large areas to illegal resource exploitation, poaching, and other threats, says Tabor.

“People will go first to the boreal [forest] or Central Africa,” for protecting large tracts of nature, says Tabor. “But most of where the biodiversity exists is in fragmented areas. To have effective nature in those areas we will have to have a connectivity strategy.”

O’Donnell agrees that there are huge challenges. “Just as the climate crisis requires major systematic change in the coming decades, it’s the same with biodiversity,” he says. “There are a lot of other things competing for money and attention.”

This article originally stated that the International Union for Conservation of Nature was working with Nature Needs Half; we have been informed that this is not the case and have updated accordingly. We apologise for the error.

This article was originally published by Yale e360, and is republished with permission – read the original story here. This is also why this story does not have an estimate for its carbon emissions, as Future Planet stories usually do.