, evidence shows Conservationists say there is a market in China for the jaguar’s penis Published on Thursday, February 6, 2020

Though jaguars have long been tracked down for their body parts to sell on the black market, scientists have observed the first case of a Mexican jaguar being poached for its genitals, according to the National Jaguar Conservation Alliance (ANCJ).

At a symposium on at-risk mammals and recovery strategies held on January 28, ANCJ vice president Heliot Zarza said that investigators late last year found the body of a jaguar from which only its penis had been removed.

The cadaver found in the Lacandona Jungle in Chiapas showed the same signs of poaching practiced by traffickers in Bolivia and Peru, where authorities have seized jaguar body parts from Chinese citizens.

Zarza ruled out the possibility that the jaguar had been poached to supply the domestic black market, since the poachers left intact its fur, claws and canine teeth, the parts customarily marketed in Mexico.

“There has been trafficking in Mexico for many years. We’ve seen decades of trafficking in products such as the pelts, teeth and claws for use in handicrafts. What has happened recently with the entrance of the Chinese market is the [removal of this] delicate part, because they want the jaguar’s penis as an aphrodisiac,” he said.

The ANCJ announced in December that the Chinese market is the biggest threat facing jaguars in Mexico and elsewhere in Latin America.

In January, the organization urged authorities to make a coordinated effort to combat trafficking of the species.

It sent a letter to the National Guard requesting that its personnel who were part of the former Environmental Gendarmerie be deployed for such purposes.

“What we’re asking of the National Guard is that it takes the people that were trained in the Environmental Gendarmerie and direct them toward environmental measures,” said Zarza.

He added that the Maya Train project poses a threat to jaguar habitats in Mexico and said that the ANCJ will petition the government not to allow the train to pass through protected areas and to construct wildlife crossings so that the animals can move safely through their habitat.

Some timely info about the Border Wall’s impact on wildlife from Defenders.org: 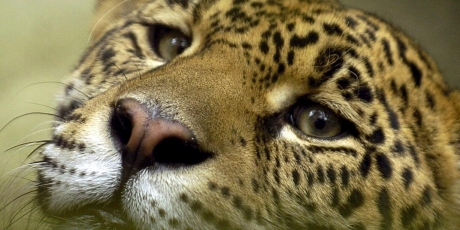 We demand that you listen to the appeal of the Brazilian people and stop, once and for all, passing laws, decrees, and any other irresponsible legislative measure to please the interests of powerful parties and politicians. This abuse triggers deforestation and the irreversible destruction of the Amazon rainforest, which is part of the shared heritage of humanity for present and future generations.