The framework for the season, which will allow black bear hunting in the state’s southern regions for Missouri residents only, was approved Friday by the Missouri Conservation Commission.

Missouri residents submitted a slew of negative comments to the state after the commission’s decision to approve the regulatory framework in September.

Out of 1,059 public comments, 1,013 — 96% — were generally opposed to the season, according to Mike Hubbard, resource science supervisor for the commission.

A majority of public comment suggested the hunting season was “cruel and unnecessary.” Residents also cited concerns about the stability of the black bear population in the event of a hunting season.

“I have no in-depth knowledge about the science, but understand that the black bear population is still only beginning to recover and must receive full protection from human intervention/slaughter,” Paulette Zimmerman, a retired English teacher and conservationist, said.

Zimmerman said that black bear species contribute to the overall health of the ecosystem and do not simply exist for human use.

In 2010, the MDC instituted a study to monitor the growth of the black bear population and understand its habitat. This study evolved into a multi-faceted bear management plan that aims to educate the public about black bears and minimize human-bear conflicts.

“There is a variety of different emotions that come up when you talk about black bear management,” an MDC furbearer biologist and leader of the bear management research project, Laura Conlee, said.

Conlee explained that the bear management task force has encouraged public input on the bear hunting season through open houses in 2019 and commenting periods in 2020, which were used to inform the proposal.

Since the conservation department’s initial bear management plan was launched in 2008, the population has been rapidly growing to reflect 350 bears in 2012 (including cubs) and approximately 540 to 840 bears in 2019, the Missourian has reported.

Conlee noted that by 2029, the black bear population in Missouri should double if the growth rate remains constant.

Some critics of the bear hunting season question just how voluminous the population is.

“It would be a real thrill for me to spot an example of Ursus americanus in the forests of Missouri,” 72-year-old wildlife enthusiast Terry Ganey said, stating his opposition to the hunting season.

Ganey explained that in all his years of hiking, fishing, camping and canoeing in the Missouri wild, he has yet to lay eyes on one of the state’s black bears.

Conlee said the discussion around a bear hunting season evolved from the MDC’s mission to provide recreational opportunities for Missourians.

“When the population reached a sustainable level, we planned to look to establish a hunting season,” Conlee said.

Bear quotas and hunting permits will be informed by the population, Conlee said, explaining that the population model allows furbearer biologists to understand how the harvest impacts the population and make recommendations based on existing data.

Conlee said the hunting season is not intended as a trophy hunt, but as part of the MDC’s plan to monitor Missouri’s black bear population.

Conlee also noted that hunters are required to utilize commonly edible portions of the bears, for example, their muscle meat. The MDC will develop educational resources to help guide hunters in utilizing parts of the bear resourcefully, Conlee said.

Missouri State Director for the Humane Society, Amanda Good, worries that the season will become a trophy hunt.

The hunt, she said, “is contrary to the duty to protect and conserve Missouri’s wildlife.”

Blessing of the Hunt is a free daylong event where hunters can come and get all they need for hunting.

(Kirksville, MO) – Hunting is a big part of the culture in northeast Missouri and a local church is letting hunters know they are supported by having a blessing of the hunt.

Blessing of the Hunt is a free daylong event where hunters can come and get all they need for hunting.

Cornerstone Church oversees the event and invited hunting vendors, The Missouri Department of Conservation and speakers to address regulations and safety.

Organizers say the reason they have this event is to not only bless the hunters, but equip them with the tools they need to stay safe while hunting.

“Because there’s always some tragic accident that takes place during hunting season whether it be through a firearms accident or deer stand or whatever it maybe. So we wanted to get hunter together to pray for them and encourage them that hunting can continue to be a way that we can enjoy God’s creation and enjoying harvesting deer and turkey,” said Pastor Jeremy Broach of Cornerstone Church.

Broach adds they got the idea from a group of churches in Mississippi who did a similar blessing of the hunt.

The Blessing of the Hunt will be at the NEMO Fairgrounds from 3:00pm until 9:00pm Thursday November 14th.

Prizes will be given away almost every hour including a brand new Landmaster UTV.

You can find more details about Blessing of the Hunt click here.

LISTEN·3:493:49PLAYLIST
Heard on All Things Considered 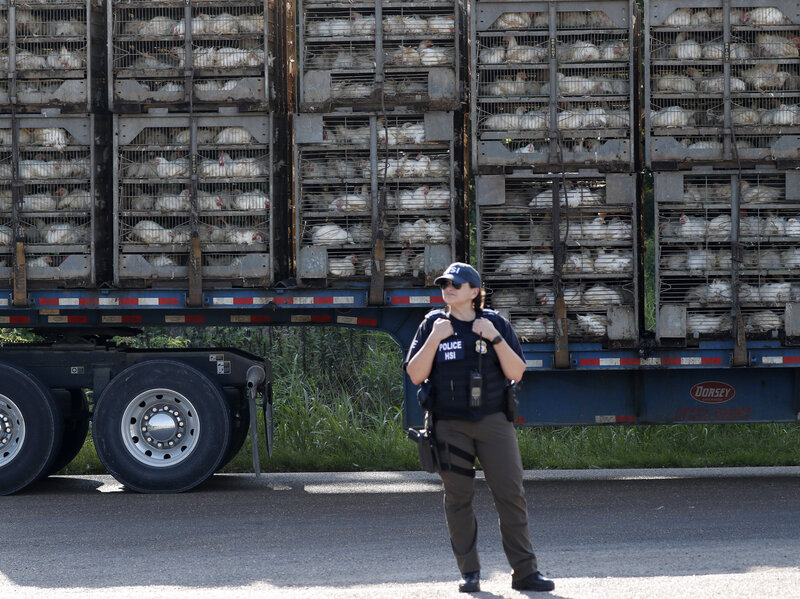 A trailer loaded with chickens passes a federal agent outside a Koch Foods plant in Morton, Miss., on Wednesday.

Federal agents carried out one of the largest immigration raids in recent history this week, arresting nearly 700 workers at chicken processing plants in Mississippi.

But you can still buy a rotisserie bird at your local supermarket tonight for less than $10.

So far, the government crackdown has had little effect on the wider food-processing industry, a dangerous business which is heavily reliant on immigrant labor. 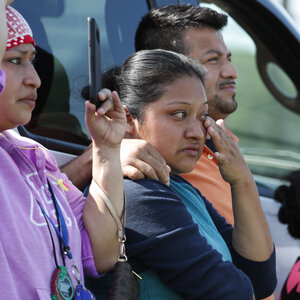 Some 300 Arrested In Mississippi Immigration Raids Have Been Released, Officials Say

“Americans really need to think about where their chicken and where their beef and their pork comes from and really demand that the industry raise labor standards,” says Debbie Berkowitz, who directs a health and safety program at the National Employment Law Project.

Authorities raided seven Mississippi poultry plants on Wednesday, arresting 680 people suspected of living in the country illegally. So far, no charges have been brought against the five companies that run the plants, although federal officials say that could change as the investigation is ongoing. 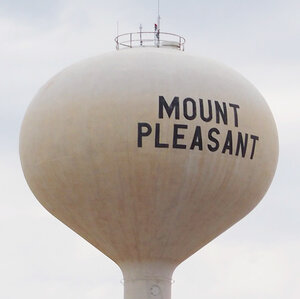 PROFILES OF AMERICA IN FULL EMPLOYMENT

With Workers Hard To Find, Immigration Crackdown Leaves Iowa Town In A Bind

The Trump administration has focused considerable resources on workplace immigration probes. Investigations and audits more than tripled last year, and arrests of workers rose even more. But there was no comparable increase in the number of employers cited.

“These enforcement actions are always aimed toward the workforces,” says Ted Genoways, whose 2014 book The Chain focuses on the food processing industry. “No one ever seems to ask how it is that a company comes to employ a factory full of people who do not have legal immigration status.”

Genoways says that’s reminiscent of other high-profile raids on a meatpacking plant in Postville, Iowa, in 2008 and at half-a-dozen Swift plants in 2006.

“In all those cases, there were work stoppages, huge numbers of people swept up, families divided, but little to no consequences for the people who did the hiring,” he says. “And those plants were back up and in production in fairly short order.” 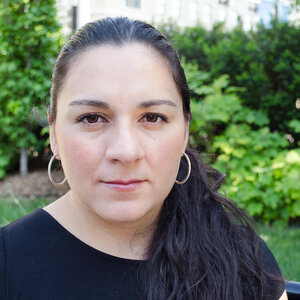 Koch Foods, one of the companies raided in Mississippi this week, said in a statement that it closed for one shift on Wednesday, but planned to keep operating to “minimize customer impact.” The company also advertised a hiring fair in Mississippi next Monday, and advised job applicants to bring two forms of ID.

Koch Foods — no relation to the Koch Brothers — paid nearly $4 million last year to settle a complaint brought by the Equal Employment Opportunity Commission. Latina workers at the company’s plant in Morton, Miss., accused the company of both racial and sexual harassment. The company admitted no wrongdoing.

Another of the companies raided this week, Peco Foods, had two workers suffer amputations last year at a chicken processing plant in Arkansas. 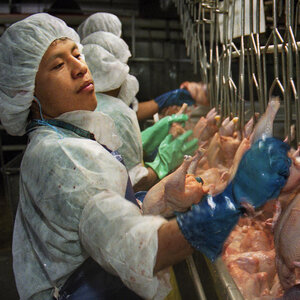 The chicken industry boasts that its processing plants have gotten safer. The rate of workplace injuries was cut by half between 2003 and 2016. But poultry workers are still twice as likely to suffer serious injuries and six times as likely to contract a workplace illness as other private-sector employees.

Berkowitz, who was chief of staff at OSHA during the Obama administration, says those numbers are likely understated, because of declining government inspections.

“The industry is totally dependent on finding workers who will not raise issues and who, to a degree, live in fear of the company and they’ll just keep their head down and do the work,” Berkowitz says. “For the last 30 years that’s been immigrant labor.” 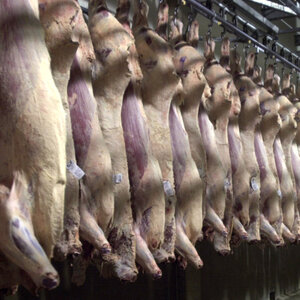 We Don’t Know How Many Workers Are Injured At Slaughterhouses. Here’s Why

A quarter-century ago, the late journalist Tony Horowitz documented the miserable conditions in a chicken processing plant in a Pulitzer Prize-winning story for the The Wall Street Journal. Industry observers say little has changed since then.

“On a good day, the work is repetitive and stressful,” Genoways says. “On a bad day, if there’s a single mistake made by anyone in a group, there’s a high risk of accident.”

If anything, the pressure on workers has only increased, as processing lines move ever faster.

“Meatpacking remains one of the most dangerous jobs in America,” Genoways says. “And because of that, for really more than a century it’s been a job that’s very often done by first-generation immigrants who are just looking for a foot in the door and a way up the economic ladder in America.”

Fawn of the Dead: Zombie Deer

OKLAHOMA CITY –  With deer-gun season fast approaching, does the thought of a zombie deer scare you a little bit?  “It does and that’s one of the symptoms too, the way they act,” said Altus hunter, Mike Howeth.

OK, we are not talking about deer turning into mindless monsters that will eat your brains, we are talk about chronic wasting disease or CWD.

“If someone sees a deer that is acting abnormally, turning around in circles, that is slobbering, that just looks out of the ordinary,” said Holmes.

The disease has yet to be detected in Oklahoma but positive tests have come back from every adjacent state: Texas, Colorado, Arkansas, Kansas and Missouri.

“We are actively looking for it, actively monitoring it, and we have a CWD response plan that we are updating right now,” said Holmes.

Now there is some confusion about eating a deer that could be CWD positive.

“CWD transmission has not been documented in humans or livestock,” said Holmes.

But the Wildlife Department is still warning hunters to be careful with carcasses. Hunters should be on the lookout for odd behavior.

“Hunters/anglers are our eyes and ears out there so we encourage people to call us if they see something out of the ordinary,” said Holmes.

The deputies identified a man who suffered a gunshot wound during a hunting incident. He was treated on the scene by medical personal and then transported by Marion County Ambulance to Hannibal Regional Hospital.

He was identified as Justin A. Tobias, 27, of Palmyra. He was pronounced deceased at 4:08 p.m. Feb. 24, by the Marion County coroner at Hannibal Regional Hospital. No other injuries were reported.

The Marion County Sheriff’s Department was working in conjunction with the Missouri Department of Conservation in investigation of the incident and reported it is believed the incident was accidental and no criminal charges are being sought. This investigation will continue and more information will be released as it becomes available.