A 60-year-old Moscow man was shot in the buttocks by a .50-caliber muzzleloading rifle while hunting near the 1300 block of Mica Mountain Road near Deary Monday morning.

Latah County Sheriff’s deputies responded to the accident about 9 a.m. and determined that the man’s hunting partner, a 72-year-old Potlatch man, believed he had been firing at an elk when he accidentally shot his friend.

The man was transported to Gritman Medical Center by the Deary ambulance and was in stable condition Tuesday.

AUGUSTA, Maine (AP) — The final phase of Maine’s annual deer hunt is coming to an end for 2017.

Saturday is the last day of the year on which it is legal to hunt deer via muzzleloaders or archery. The deer hunting season began three months ago this year.

Hunters are limited in terms of where they can harvest deer. Muzzleloader hunters can only hunt in 14 of the state’s 29 wildlife management districts. Archery is limited to designated areas around a handful of urban locales in the state.

One September afternoon while I was hiking back down a trail I had been maintaining for the U.S. Forest Service, I ran into my former high school P.E. teacher and track coach, whom I hadn’t seen in years. He asked me, somewhat frantically, if I’d sighted a wounded deer in the area. He said he’d shot and hit a buck with his black powder rifle and (of course) didn’t have time to re-charge his muzzle-loader before the deer got away.

One of the rationalizations hunters have for the “humaneness” of their legalized-cruelty-to-animals is that they always kill their quarry on the first shot. Funny, how they all say that when I’ve seen plenty of wounded deer over the years. Clearly, someone’s not ‘fessing up. Maybe it’s not as easy to kill an animal on the first shot as they’d like to have people believe…

This rationale is similar to the logic used by Peggy Good, one of Ted Bundy’s many defense lawyers, during the sentencing phase of his trial in Florida, after he was found guilty of first degree murder in the clubbing deaths of two University of Tallahassee co-eds and the critical wounding of three others.

She hoped to spare him the death penalty with the reasoning that, “One of the factors of the definition (of heinous crimes worthy of capital punishment) is whether the victim suffered, whether there was torture to the victims. I believe you recall the testimony of Dr. Wood where he states explicitly that both these women were rendered unconscious by a blow to the head…They didn’t even know what was happening to them. It was not heinous, atrocious, or cruel because of the fact that they were not aware of impending death, they did not suffer, and there was no element of torture involved whatsoever as to the victims who died.” (She didn’t happen to mention the other three victims who lived, only to suffer physically and emotionally for the rest of their lives from their injuries.)

Good’s argument didn’t wash for the jury who had just sat through five weeks of testimony on the cruelties Bundy had inflicted. They sentenced Ted Bundy to death by electric chair.

Whether or not hunters actually kill their prey with one “clean” shot, they are robbing an animal of its precious life.

Do they deserve the same sentence Bundy got for his crimes? Well, the jury’s still out on that…

The day after my chance meeting with my former coach, I saw him again in town. He was pleased to tell me he’d gone back in the morning, followed the blood trail and dispatched the wounded deer with a second shot. The “good” news was, at least that deer only had to suffer 12 hours or so for someone’s unnecessary pastime. 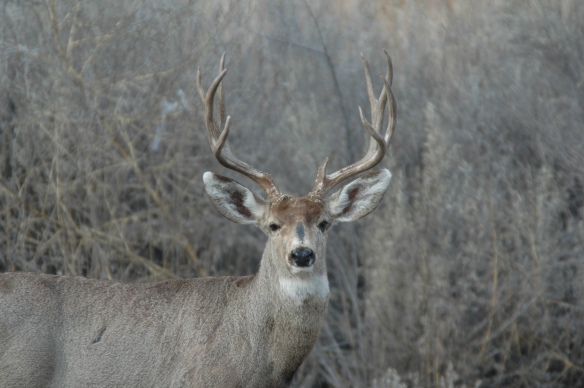 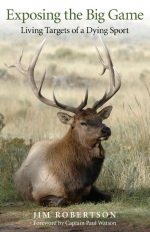