Zeeshan Aziz (@imziishan) 13 minutes ago Thu 05th December 2019 | 05:29 PM Russian Watchdog Warns Six Walrus Calves From ‘Whale Jail’ May Be Smuggled to China A Russian environmental watchdog has questioned the legitimacy of an appeal by the Akvatoriya company in Vladivostok to sell to China six baby walruses that were captured in 2018 in Chukotka by two companies implicated in the recent “whale jail” scandal, the watchdog’s press service told Sputnik on Thursday

MOSCOW/VLADIVOSTOK (UrduPoint News / Sputnik – 05th December, 2019) A Russian environmental watchdog has questioned the legitimacy of an appeal by the Akvatoriya company in Vladivostok to sell to China six baby walruses that were captured in 2018 in Chukotka by two companies implicated in the recent “whale jail” scandal, the watchdog’s press service told Sputnik on Thursday.

According to the Federal Agency for Supervision of Natural Resources (Rosprirodnadzor), on November 25, 2019, Akvatoriya lodged a request to issue a permit under the Convention on International Trade in Endangered Species of Wild Fauna and Flora to export six baby walruses from Russia to China. The documents provided by the company, however, raised questions on the origin of the animals.

“Thus, taking into account that the date of birth indicated in the animals’ passports is 2018, the age of the animals at the time of capture could not exceed 10 months. There is no information about the address and conditions of keeping the walruses in the exporter’s request. As part of the review procedure, we sent a request to the Russian Federal Fisheries Agency on the legitimacy of catching the given walruses,” the press service stated.

According to the Russian legislation, capturing walruses that young is illegal. On Tuesday, the Russian Environment Ministry ordered head of Rosprirodnadzor Svetlana Radionova to check Srednyaya Bay, where the baby walruses were held in captivity. In addition, in March, one of the workers of the “whale jail” confirmed that there were walruses among the animals stranded in captivity.

The scandal involving the “whale jail” erupted last year when environmentalists found that a large group of marine mammals was held in captivity in Srednyaya Bay of the Primorsky Region. The stranded animals were being prepared to be smuggled to China. As a result of a probe into the illegal fishing of aquatic animals and animal abuse, the companies responsible for the violation were fined a total of 150 million rubles
($2.4 million). The trapped orcas and belugas were steadily released in groups from June to November. 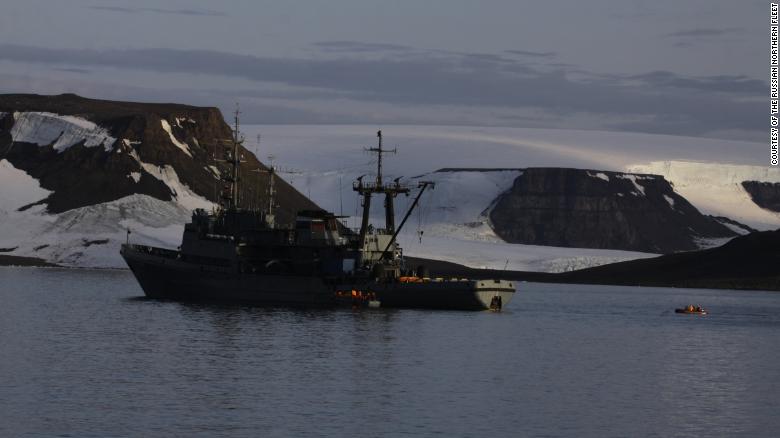 The landing craft had been dispatched from the Russian rescue tug ‘Altai’, which is on the Northern Fleet’s mission in the Arctic Ocean.

London & Moscow (CNN)A walrus attacked and sunk a Russian Navy landing boat in the Arctic Ocean last week, with no one hurt in the incident.

According to the Russian Ministry of Defense, the female animal was protecting its calves when it targeted the craft carrying researchers to the shore of Cape Geller in the Arctic.
Those on board were members of a joint expedition by the Northern Fleet — Russia’s naval fleet in the Arctic — and the Russian Geographical Society (RGO).
The ministry said: “Serious troubles were avoided thanks to the clear and well-coordinated actions of the Northern Fleet servicemen, who were able to take the boat away from the animals without harming them.”
The RGO explained in a statement that the boat had “sunk” but confirmed that everyone had reached shore safely. 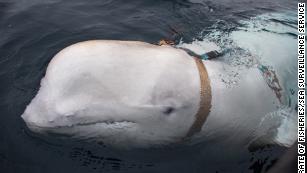 ‘Russian spy’ whale shines spotlight on military-grade animals
The organization added: “Recently, we wrote about the risks that accompany expedition members. Wild animals, storms, low temperatures.
“The incident is another confirmation that no one is expecting humans in the Arctic.”
The joint mission is working around the Franz Josef Land archipelago to investigate the flora and fauna of the region, as well as making glaciological observations.
It is also mapping historical expeditions such as those of Austro-Hungarian military officer Julius von Payer in 1874, and American explorer Walter Wellman in 1898.
Marineland says walrus Apollo had heart attack

Marineland has confirmed the death of walrus Apollo and said the 18-year-old animal had a heart attack.
https://www.ctvnews.ca/canada/marineland-confirms-walrus-death-two-deer-killed-in-opening-day-stampede-1.4432496

Controversial Canadian waterpark Marineland has announced the death of one of its walruses, days after “demonstrators” were blamed for causing a stampede that led to the deaths of two deer.

“Even with the immediate intervention of multiple medical marine mammal experts, we are sad to report that Apollo passed away,” a Marineworld release said.

Marineland in Niagara Falls, Ont. announced the death of Apollo the walrus on Tuesday, confirming the 18-year-old animal died of a heart attack in late April. (Marineland)

A sign for Marineland is shown in Niagara Falls, Ont., Monday, August 14, 2017. (THE CANADIAN PRESS/Tara Walton)

“While the loss of Apollo is truly devastating for all of us who knew him, we are comforted in knowing he passed very quickly and without obvious pain.”

The park is now keeping a close eye on its last remaining walrus, Smooshi, which has been subject to “extensive additional checkups to confirm the status of her health.”

“Our team is providing her with additional enrichment and care while plans for her future at the park are finalized,” the park said.

“Smooshi continues to show her love and adoration for her favourite marine mammal trainers and appeared to be in good spirits when taking to the stage at Marineland’s educational presentation on Saturday’s opening day.”

Apollo is the fourth walrus to die at Marineland in two years.

Zeus died of natural causes on Boxing Day last year. Another walrus, Buttercup, died in the winter of 2017/18.

Female walrus Sonja died suddenly in May 2017 from a rare abdominal aneurysm, the park said.

Meanwhile, Marineland said it had its busiest opening day in a decade, despite protests from animal rights groups.

The park claims two men deliberately started a deer stampede Saturday, resulting in the deaths of two of the animals.

“These individuals laughed in the face of staff as they tried to get them to stop,” a Marineland statement said.

“They refused all instruction by staff and resisted efforts to remove them from the Deer Park. We are all upset by this terrible act against innocent animals.

“In order to protect our animals, we are closing the Deer Park to make modifications to prevent this type of incident from ever happening again.”

Ontario SPCA and Humane Society has called for an overhaul to provincial animal welfare legislation, which it says is failing animals kept in captivity for commercial gain.

“The Ontario SPCA and Humane Society has formed a task force dedicated to developing ‎new provincial animal welfare legislation that reflects the need for both greater protection and social justice for animals,” the charity said in a statement.

“The task force is reviewing the need for animals to be recognized under law as sentient beings to acknowledge their ability to feel, to have subjective experiences and to be treated accordingly, rather than as property.”