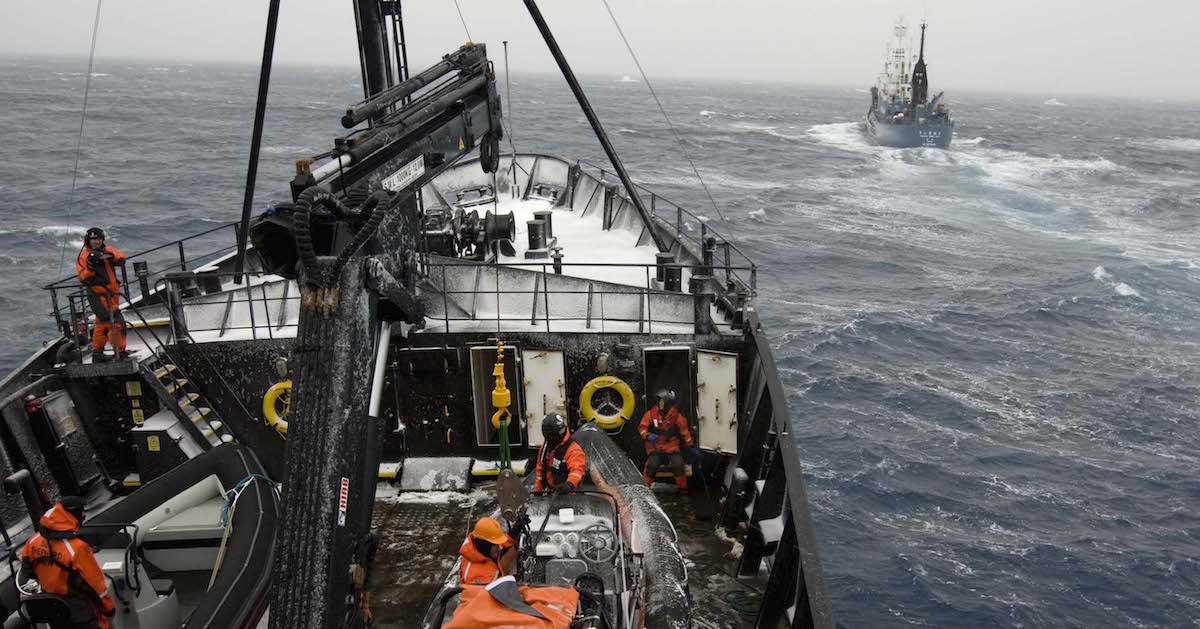 Several days before Seaspiracy was released on Netflix, a response made by the National Fisheries Institute was leaked. Before audiences had gotten a chance to see the documentary, the fishing industry was already dismissing it as “vegan propaganda.” Unfortunately, it is unlikely that their opinion of the film emerged from any genuine Delphic foresight. Indeed, “propaganda” seems quite a puzzling label to stick on a movie that unravels its story in such a deliberate and reasoned manner.

The facts in the documentary are nothing short of remarkable. A marine biologist explains that the Deepwater Horizon Disaster, which spilled thousands of gallons of oil into the sea and saw countless images of seabirds coated in black, dying on slimy beaches, killed fewer animals than commercial fishing in the Gulf of Mexico kills in a single day. Indeed, the disaster actually allowed fish stocks in the Gulf to bounce back because it interfered with normal fishing operations. Other numbers in the film are so big they really can’t be comprehended, like the fact that humanity kills five million fish every second.

Lex Rigby, the head of investigations at Viva!, explained the apathy most people feel towards fish. “Whenever we talk about fish, we talk about harvesting them like crops,” she said. “We talk about their slaughter number in tonnage rather than individuals.” Perhaps this is one place Seaspiracy is a touch lackluster; it doesn’t dwell for long on the evidence that each fish is an individual with a distinct psychology, no matter how remote their experience is from ours, which can feel pain.

However, the movie does illustrate the troubling ways in which commercial fishing has been sidelined as an issue, even by the environmentally-conscious. Plastic is the favored bogeyman when it comes to ocean pollution, and it certainly is a serious problem. Yet popular talking points, like the murderous flotillas of plastic straws, are more or less total canards. Plastic straws make up 0.03 percent of ocean plastics, and all plastics combined kill roughly 1,000 sea turtles a year. Fishing, on the other hand, kills 250,000 sea turtles a year. Similarly, the origin of the plastic is often imagined to be apathetic consumers who purchase thirty plastic bags every trip they make to Walmart, and yet 46 percent of the Great Pacific Garbage Patch is made up of fishing nets. These nets drift through the open ocean for miles, tangling and strangling thousands of animals as they go, and are far deadlier than plastic bags.

It is not an accident that fishing has been neglected in discussions about ocean conservation either. The issue has been obscured by specious labeling and a culture of omertà amongst governments and regulators. The Earth Island Institute relies on captains’ self-reporting when they hand out their dolphin-free labels, which is an obviously poor standard of evidence. Rigby described the way self-reporting is abused by fishing vessels, drawing from her time with Sea Shepherd off the coast of West Africa, “We counted one hundred and seventeen sharks in one net. They only reported four.”

The Marine Stewardship Council, whose ubiquitous blue tick assures millions of consumers that they are purchasing vetted and sustainable seafood, seem to have included the word ‘stewardship’ in their title as some sort of bad joke. The more blue ticks they hand out, the more money they make, and one of their founding members was the food (including seafood) giant Unilever. Additionally, the world’s sustainable fisheries are proved to be anything but, seeing as 90 percent of them continue to allow commercial fishing.

Those invested with the powers of stewardship neglect them. Citizens are left in the dark with misleading labels and glib talk about sustainable fishing for a comfort blanket, while the oceans are scraped and pillaged. Aquaculture, like salmon farming, is not a sustainable alternative to wild fishing, although it is promised to be. Salmon are fed wild fish, with 1.2 kilograms of wild fish producing 1 kilogram of salmon. The farms are teeming with lice which feed on the salmon while their accumulated waste creates zero-oxygen dead-zones.

Like all great explorations of ecology, Seaspiracy highlights the dramatic intersection between animal wellbeing, environmental health, and human prosperity. European and North American fishing fleets scouring the coasts of Africa drive local fishermen to bushmeat hunting, which causes pandemics like Ebola, or piracy, as happened in Somalia. Rigby described these local fishermen as “really the only sustainable fishing there is, just one man and his net pulling up enough to feed his family.” It is these sustainable communities which industrialized seafood has ruined; and they aren’t the only ones. Indeed, mangroves are cleared at the peril of locals, who are made vulnerable to tsunamis and typhoons, and the shrimp farms that replace them are often exploited by slave labor.

The documentary finishes with a famous event on the relatively obscure Faroe Island archipelago. Communities there participate in whale hunts, called Grindadráp, where locals round up pilot whales on boats before harpooning them en masse in the shallows. It is a gory and relentless scene, and the sea sloshes in Biblical reds under grim and misty cliffs. Here, the movie sticks the landing. Sustainable fishing has been discredited and the severity of human pillaging of the oceans has been put beyond doubt. Yet, even if these things could be managed, the film begs us to question if it would be worth it. It questions if fish and chips are really worth killing for, if dead whales soaking in a Norse lagoon is an acceptable sight in a world where kinder, greener and healthier alternatives exist. Such disturbing spectacles are by no means unique to the Faroes; one articulate whaler in the documentary points out that suffering is universal in global meat and fish production. Rigby described disturbing scenes from her own experience, from endangered whale sharks scooped up in nets in Africa, to lice-ridden salmon suffering on Scottish farms.

In 90 minutes, the film provides helpful graphics, illustrations, anecdotes, filmed evidence, mountains of data, and the opinion of scientists and ethicists to make its point. It doesn’t shrink from violence, nor does it fetishize it. The arguments are concise and plainly presented. Yet all this can be waved away by the magic wand of the fishing industry and fellow travelers as “vegan propaganda,” and well before the movie is even released. Remind me again who the propagandists are?Read More

Fish Farming Is Not As Sustainable As We Thought

4 thoughts on “Seaspiracy: What the Fishing Industry Doesn’t Want You to Know”